Govs. Andrew Cuomo and Chris Christie today announced the formation of a “Spacial Panel on the Future of the Port Authority,” aimed at scrutinizing the bi-state agency at the heart of the “Bridgegate” scandal.

In a letter addressed to the authority’s commissioners this afternoon, the two governors said that, as the authority approaches its 100-year anniversary, “it is appropriate to review its traditional and future role,” in light of “recent disruptions that must be addressed.”

“We desire a careful study of the governance, legal and operational issues involved in reforming the Port for the future,” they wrote in the letter announcing the panel, which will be charged with reviewing and evaluating the authority’s “mission, structure, management, operations and overall governance for the better of the region.”

Today’s letter goes on to allude to “recent events” relating to the George Washington Bridge, where top Christie aides have been accused of ordering lane closures, which caused massive traffic delays, in an act of political retribution against the mayor of Fort Lee, New Jersey, who did not endorse the governor’s re-election bid.

“In addition, recent events relating to George Washington Bridge have raised questions regarding management and governance that must be analyzed and addressed,” they wrote. “The accompanying legal issues must be fully researched considering the laws of both States, as well as federal legislation and the laws governing the financial structure of the Port.”

The letter was released shortly after a Christie aide, who worked under Bridget Kelly, a key figure in the Bridgegate controversy, concluded testifying on her role in the scandal in front of a legislative panel in New Jersey.

Mr. Cuomo has long complained about some of the authority’s projects and recently announced efforts to put the renovation of LaGuardia and Kennedy airports, which the authority runs, under state control. He has been reluctant to talk about the scandal, but one recent report suggested that he might have been monitoring the ongoing controversy more closely than previously disclosed.

The panel convened by the governors will include two sitting or nominated Port Authority commissioners from both New York and New Jersey, as well as a representative from each governor’s office, including key Cuomo adviser Mylan Denerstein. The panel has been charged with producing a written status report, complete with specific recommendations, within 60 days.

Senator Chuck Schumer, who has called for a restructuring of the authority, praised the move in a statement.

“Governors Cuomo and Christie have taken a historic step today in their creation of a special Port Authority reform panel that will focus on revamping the agency’s managerial structure and improving its obvious operational flaws,” he said. “I applaud their call for prompt action and commend them for moving the reform process forward.” 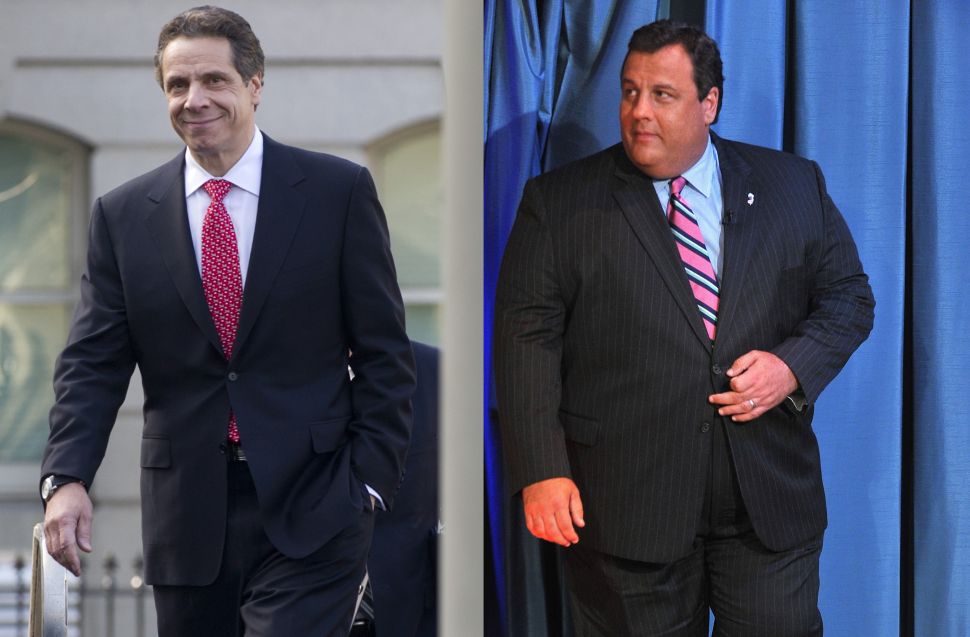