In June 2007, I finished up school for the year. I didn’t know it at the time, but I was done with college forever. By the end of the summer, I had dropped out and would not return.

While this fact probably makes me an unusual person to give advice to college graduates, qualifications are not something with which I’ve been particularly concerned. A few years ago, an article I wrote on dropping out mysteriously began to rank as #1 on Google for the question “Should I drop out of college?” and led to hundreds of emails from desperate students and what I hope was a mutually beneficial correspondence. When I left college, the collapse of the financial markets was a few blissful months away. But that didn’t make it any less terrifying. That’s the problem with most drop out narratives—or any narrative written in retrospect by successful people—they totally ignore how utterly unprepared most young people are for these major life decisions. Which is why I advise most to stay in school.

I am not going to tell you my path was clean and simple or that you should follow my lead. But I can say that I learned a few things. It’s why at age 26, I’m able to say that I’m an author of three published books and somehow had success in corporate America and an income that I never would have considered possible. So for this year’s graduating class I have a few lessons I’ve learned from a life of paradoxes:

First, education doesn’t stop when you leave school—in fact, that’s where it begins. Malcolm X was once asked to name his alma mater. “Books,” he replied. In fact, if you ask most smart or successful people where they learned their craft, they will not talk to you about their time in school. It’s always a mentor, a particularly transformative job or a period of experimentation or trial and error. That is not to say school isn’t important. The point is this: whatever degree you’re leaving with, whatever nice job you’ve snagged, your post-graduate work is about to begin.

Second, it’s never a “good time” to graduate. Conditions are never ideal. As the Kauffman Foundation has noted, half of all companies in the Fortune 500 were founded in a bear market. Everyone faces adversity. Why would this generation—my generation—be an exception? I like the story of Amelia Earhart, whose offer for her first major flight as a female aviator was not only unpaid, she was the second choice and was required to consent to two male chaperones (who were paid). Guess what she said to this offer? “Yes!”

So don’t wait for your dream job. These things aren’t gifted, they ensue as a result of our choices. We will them into existence. Booker T. Washington got into college by forcing his way into the admissions office, waiting for hours, and then when no one paid attention to him, he swept and cleaned it until it was spotless. You and I got off easy with our essays, but now we face a far different job market. The buy-in for us is higher and the competition tougher.

Third, you’re allowed to do more than one thing, and it might take you a while to find your lane. In 1850, Ralph Waldo Emerson complained that young people would try one thing and then quit. “If the finest genius studies at one of our colleges,” he wrote, “and is not installed in an office within one year afterwards in the cities or suburbs of Boston or New York, it seems to his friends and to himself that he is right in being disheartened, and in complaining the rest of his life.” Of course, this is silly. America is a history of hustlers—people who tweaked and tried a million things before they finally found the one that worked. Don’t let your parents or your peers pressure you because you haven’t got there yet.

In the seven years after leaving school, I have been an executive in Hollywood, the director of marketing at American Apparel, I’ve traveled, I’ve consulted, started my own marketing agency, I’ve written and published two books among other things and somehow managed to hold down a relationship the entire time. I was good at a lot of this, but not perfect by any means. I failed a lot. Sometimes I worked myself into such a corner I had to move across the country just to set myself straight. So what? As Seneca wrote, too many people lack the “fickleness to live as they wish and just live as they have begun.”

Lastly, everyone is making it up as they go along. Whether they have a degree or not—whether it’s from Harvard or a community college—everyone is trying to find what works for them. We want money, we want happiness, we want to do things that challenge us and most importantly, we want it now.

The bad news is that getting all your dreams now is just not going to happen. But the good news is the struggle, the obstacles, are what make what we thought were necessities possible. It’s how you’ll learn—about yourself, about the world, about the life you want and how to have it. So relax and go to it. 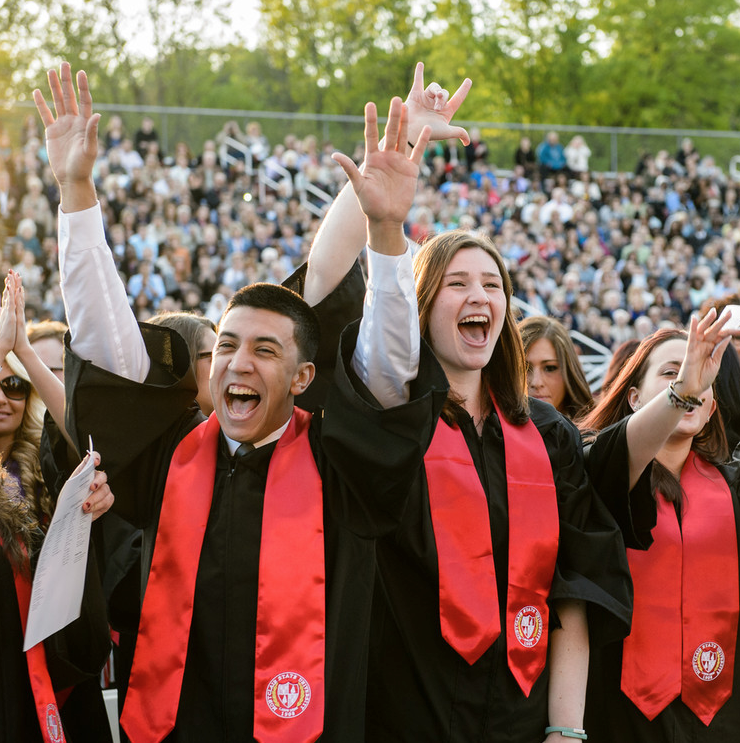