Shindigger had never dreamed of being in the company of so many female pioneers, yet there they were, perched mightily around six tables at Michael’s: Arianna Huffington, Diane Sawyer, Candice Bergen, Joy Behar, Gloria Steinem, Diane von Fürstenberg and Meredith Vieira, to name but a few. All had gathered to celebrate It Ain’t Over … Till It’s Over: Reinventing Your Life—and Realizing Your Dreams—Anytime, at Any Age, a new book by Marlo Thomas.

With Mother’s Day just around the corner, the discussion inevitably hovered about the maternal, as Shindigger, the only male present, made the rounds.

“My mom was a stay-at-home mom,” explained Ms. Vieira, who wore a macaw blue Gucci pantsuit. “I don’t think she resented [it], but she wanted more for me. Then one morning, I woke up and wanted to be a nurturer. I didn’t appreciate it until I was older.”

“Will you take a photo with me?” Ms. Thomas asked, pulling us closer. “Where is the photographer?” While we waited, she spoke fondly of her mother.

“I have a bit of regret,” she confessed, explaining that her mom gave up a singing career to raise children. “I wish I could go back and say, ‘Mom, we don’t need 100 percent—keep 50 for you.’”

Her advice to the women of today? “Hang on to something for yourself so that you don’t wake up at 42 and say, ‘What do I do now?’ Which is why I wrote this book.”

Before we bid adieu, Shindigger snuggled between Mses. Behar and Steinem.

“‘Mother’ is a verb, not just a noun,” Ms. Steinem reminded us. “You can mother. Everyone can mother.”

“Someone once said, ‘If you get a good mother, you’ve won the lottery,’” Ms. Behar butted in.

“I have two!” Shindigger boasted.

“You doubled the lottery! You know, you never truly understand your childhood until you’re a grandmother,” Ms. Behar concluded. “It’s like you never really know a man until you divorce him!”

On May 5, Shindigger joined a contingent of editors and basically the entire fashion establishment inside the Met’s Temple of Dendur for the opening of the Costume Institute’s new Anna Wintour Costume Center, which just completed a two-year renovation. The spring weather lent itself to pleasant bavardage: Donatella Versace schmoozed with the European créateurs, while Ralph Lauren chatted with Giancarlo Giammetti and Marc Jacobs and Michael Kors shared a few laughs. Eventually, first lady Michelle Obama swooped in to officially cut the ribbon.

“I know Anna hates being the center of attention, so this all is probably killing her, but we love it!” said Ms. Obama, killed it herself in a Naeem Khan forest green floral appliqué silk organza dress. “I have such respect and admiration for this woman who I am proud to call my friend,” she continued. “This center is for anyone who is curious about fashion and how it impacts our culture and our history. I’m thinking about all of the young people who will find their way to this new space. Fashion isn’t just about what we wear. It’s a business; it’s an art that involves science, business, marketing and so much more.”

Then someone cued Vivaldi’s “Spring, Allegro,” and the crowd dashed for the breakfast refreshments, although the buttery scones went untouched.

“Two great women applauding each other,” said Stella McCartney. “As a woman in the business, it’s wonderful to see that.”

And in an eyeblink, the cloud of sentiment wafted above the Dendurian ruins, and it was back to business. 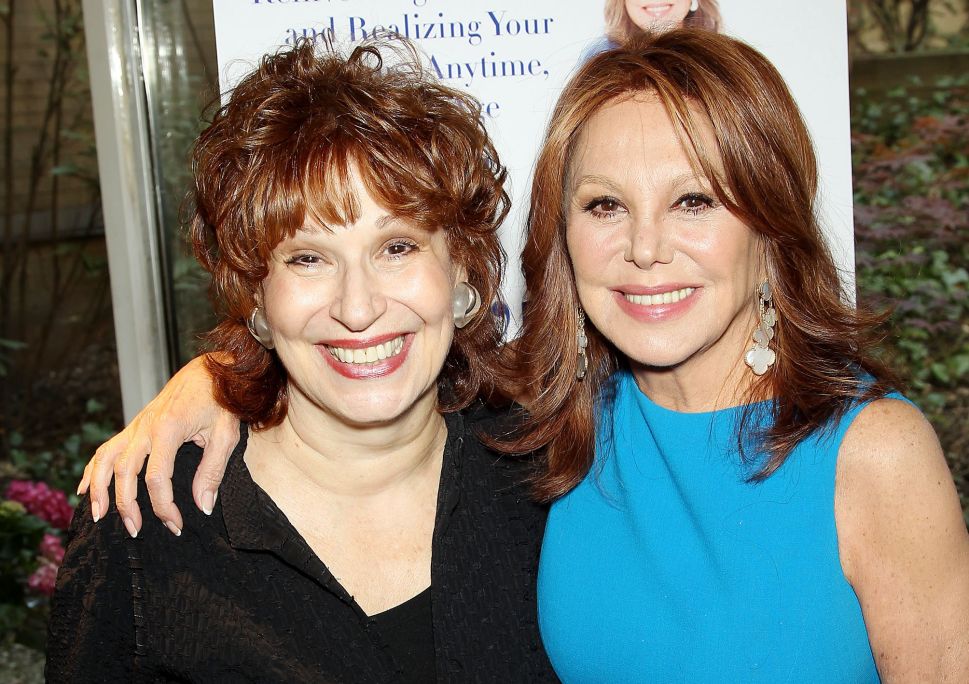