A new CB Insights report shows that big corporations are pouring into the tech investment scene. While many might fear this means we’re headed for a second tech bubble, the report’s authors insist that’s not the case.

Major corporations like Intel and Comcast have become a third of the V.C. landscape. The deal sizes are getting bigger and bigger, and the last quarter saw the highest valuations we’ve seen since the last major tech crash. It’s not hard to see why people think history could repeat itself.

“People think of corporate V.C.’s as dumb money, investing in companies that aren’t worthy,” CB Insights founder Anand Sanwal told Betabeat. “The concern is that they’re playing fast and loose with the money because they want access to the next big thing.”

But Mr. Sanwal has been through one crash already, and it’ll take real recklessness in the market to convince him that a bubble is about to burst.

He noted that even Twitter — whose high IPO made people fear an oncoming bubble —  has been “punished” by slipping stock prices. To Mr. Sanwal, that shows un-bubble-like caution from investors.

Now, there’s definitely an argument to be made that we’re in a bubble — Mr. Sanwal’s own team published an Upworthy-style listicle of “10 Charts That Will Help You Make Your Case” if you’re trying to argue that the industry is doomed to collapse.

But the CB Insights team won’t be convinced of the impending techpocalypse until trash startups and vaporware companies are pulling in billion-dollar funding rounds.

“When every company is the next big thing, you have to worry,” Mr. Sanwal said. “But the market is still being rational when it comes to tech.” 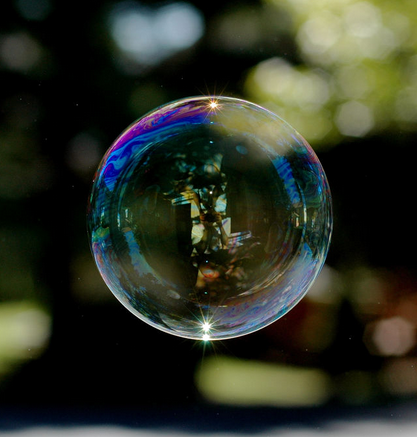