The team chose not to field an East Ward council candidate and left one of the four at-large seats empty.

Pursuing re-election as an at-large councilperson, Mildred Crump is the only candidate on the ticket from the 2010 Booker Team.

At-Large candidate Eddie Osborne ran unsuccessfully for a Central Ward seat in 2008 with the backing of Mayor Cory Booker. 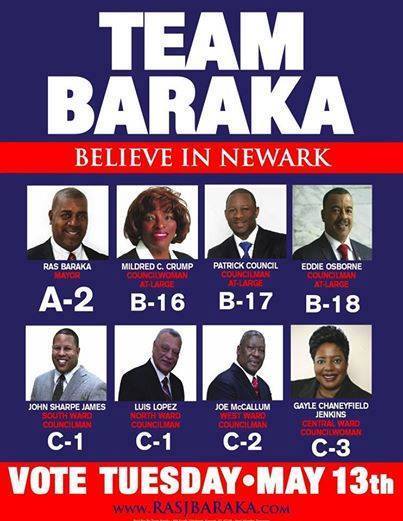