Jeffries’ team includes North Ward Councilman Anibal Ramos, himself a candidate for mayor until he dropped out of that contest in Februrary and endorsed Jeffries, seeking re-election on the ticket of his former rival. 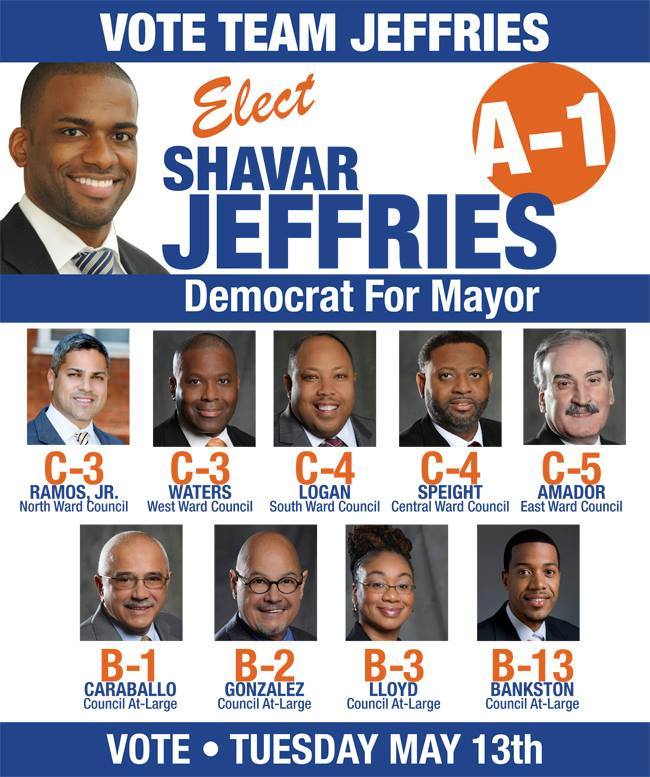