Chronically cranky filmmaker Quentin Tarantino revealed in a press conference on Friday he has plans to release extra footage from Django Unchained as a four part TV miniseries.

True to form, the director announced his plans while still managing to be cranky about something — this darn generation’s unwillingness to watch four-hour movies.

Yeah, well, okay you got us there. But this is the same Django Unchained that includes the n-word more than 110 times, right? The same movie with a climactic gun battle featuring “hundreds of gallons of blood and thousands of squibs.”

In the same word where Game of Thrones has too much sex, Walking Dead has too much violence, True Detective is misogynistic and Stephen Colbert is a racist, here is a sample from the only Django Unchained TV script that won’t piss anyone off.

DJANGO sits at the bar enjoying his drink in peace. A FRIENDLY BARKEEP asks for his name

Django. The “D” is silent to avoid sexual innuendo.

Fade to black. (Ed. note — is “fading to black” insensitive?) 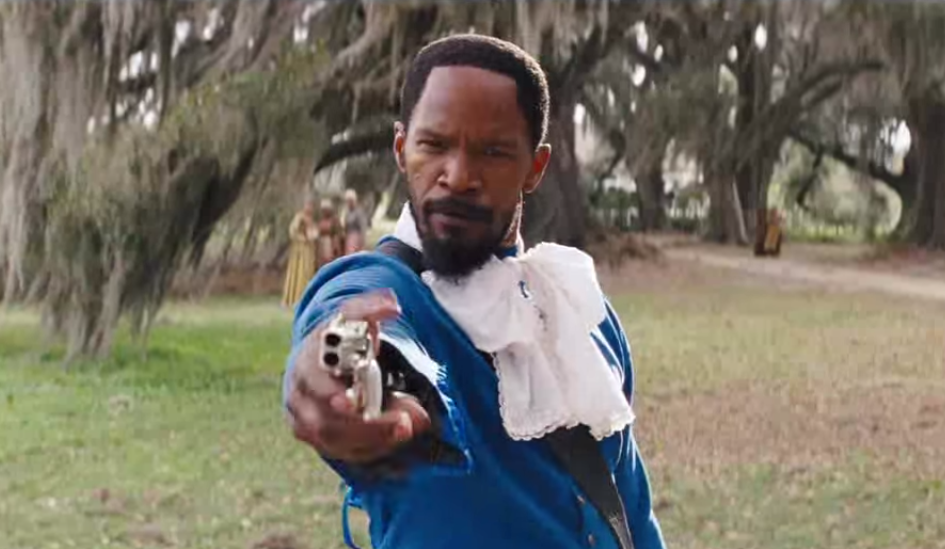