The New York Rangers are on the verge of advancing to the Stanley Cup final for the first time in 20 years.

Damn that James Dolan. He just refuses to conform to that “screws up everything he touches” narrative much of the media has constructed.

If you’re a New York sports fan, you need no introduction to Mr. Dolan. But for those who think Madison Square Garden is a flowerbed on the corner of Fifth Avenue and 23rd Street, a few words of explanation. James Dolan runs the New York Knicks and New York Rangers, a job he obtained through the good graces of his father, Charles Dolan, who made a fortune in cable television and added the two teams to his portfolio in the mid-1990s.

During the Dolans’ tenure, neither the Knicks nor the Rangers has brought home a championship. In that sense, the Dolans are no different than the owners of most professional sports teams—and no different from many previous owners of the Knicks and Rangers. As fans know all too well, the Knicks have won just two titles (back in the early 1970s) in their nearly 70 years of existence, and the Rangers famously suffered through a championship drought of 54 years before finally winning the Stanley Cup again in 1994.

The Dolans entered the picture in the mid-1990s, as both the Rangers and Knicks were aging and undergoing a transition. To hear fans tell it, the ensuing years have been filled with catastrophe followed by disaster. Bad trades? Blame it on Jim Dolan. Lackadaisical performance? Mr. Dolan’s fault. Climate change? Slow service on the L train? Send your complaints to J.D., care of MSG.

Never mind that during Mr. Dolan’s watch the Garden has been utterly transformed—at a cost of more than a billion dollars in private funding. Never mind, too, that the city showed its appreciation of the Dolan family’s investment by ordering them to depart the premises in 10 years as of 2013. The local community and members of the City Council apparently regard Madison Square Garden as a blight on the neighborhood rather than as a job-creating, world-class sports arena.

And no wonder: Now, thanks in part to Jim Dolan, the Rangers’ season will extend into June, the national media will crowd our hotel lobbies and bars, and there may be a traffic nightmare downtown if the team wins the Cup and gets a victory parade up Broadway.

Yep, it’s all Jim Dolan’s fault. When will he stop torturing us? 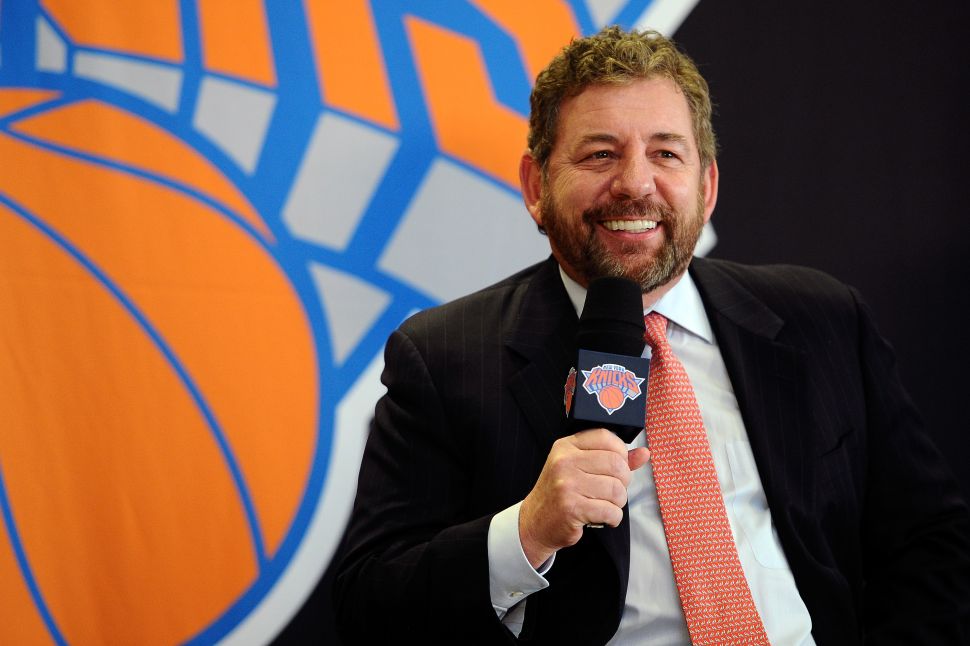