Two weeks ago, the Observer revealed that the anecdotes in the hotly awaited Molly Bloom book were thought to feature particularly damaging observations about one celebrity player, the actor Tobey Maguire.

The Observer story was the first to interview one longtime player in “Molly’s game,” Houston Curtis, and revealed that Mr. Curtis had racked up $600,000 in debt, a debt that Mr. Maguire paid, which led to a fraught arrangement between the two men to pay it back to Mr. Maguire. And a different source in the story said that “[Molly] is apparently pretty nice to a lot of the guys in [the book] like Ben Affleck and [Matt] Damon and all those guys, but she destroys Tobey Maguire.”

The book, Molly’s Game: High Stakes, Hollywood’s Elite, Hotshot Bankers, My Life in the World of Underground Poker, is scheduled to be published by HarperCollins/It on June 24. Interest in the celebrity players it chronicles has certain slices of Manhattan and Los Angeles abuzz with speculation.

But with the manuscript under lock and key in anticipation of a major publicity blitz, no outlet has been able to nail down exactly what charges Ms. Bloom levels at Mr. Maguire.

The Observer has come upon four tasty nuggets from the book that paint a picture of the Spider-Man actor as an exceptionally talented player, but one whose manners and decorum dipped into the Norman Osborn side of the spectrum.

According to an entertainment industry source familiar with the book:

* Ms. Bloom describes Mr. Maguire as “the best player and the worst tipper.”

* Mr. Maguire was such a dominant player that he fretted that other players would suspect that the dealer was intentionally dealing favorable cards to Mr. Maguire, in order to curry favor with an a-list actor at the pinnacle of his career. To avoid anyone thinking that a dealer was cheating on his behalf, Mr. Maguire bought a casino-grade automatic shuffler called the ShuffleMaster. Ms. Bloom writes with disdain about the haughty way in which Mr. Maguire insisted on using the ShuffleMaster, as a showy way of proving that his success wasn’t artificially aided. Even more striking, Mr. Maguire not only insisted on the machine’s use, he charged rent to use it. Ms. Bloom estimates that Mr. Maguire made $10,000 or more in profit just from renting his ShuffleMaster.

* Mr. Maguire is a committed vegan, and like all vegans, requires everyone to know he’s a vegan. According to the book, Mr. Maguire would bring his own vegan snacks. When a game was going long enough that a full meal was needed, Mr. Maguire had Ms. Bloom call around to restaurants throughout LA and inquire about vegan options. After he made his decision, he would then require Ms. Bloom or someone else to drive to that restaurant to retrieve the meal.

* Mr. Maguire was in a big hand that had come down to himself and one other player. The other player wondered aloud if Mr. Maguire might be bluffing, but Mr. Maguire said, “I swear on my mother’s life I have you beat,” as a way of saying, “I actually do have the nut hand in this deal.” The other player folded. Then, instead of just throwing his cards into the middle face down and taking his winnings, Mr. Maguire showed his hand to the table to reveal that despite the maternal oath, he had indeed been bluffing and wanted the table to know it.

In Spider-Man 3, Thomas Haden Church intones in that classic gravelly voice, “I’m not a bad person. Just had bad luck.” Poker players know that luck has nothing to do with it. June 24th cannot come fast enough. 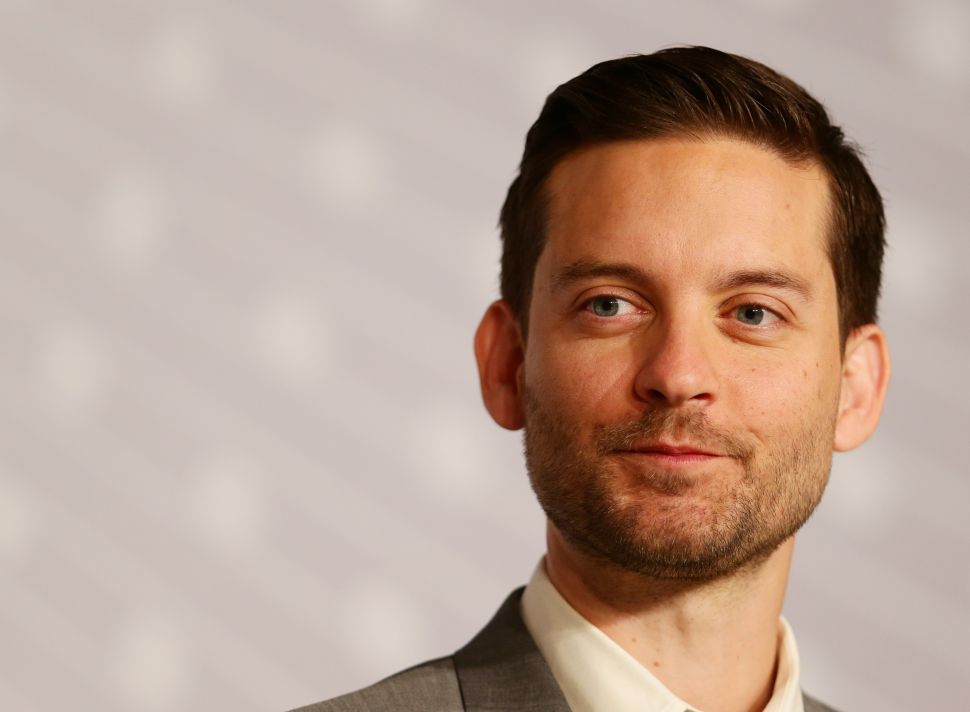