Mr. Vignelli, a native of Milan, passed away Tuesday at his home in Manhattan after a long struggle with illnesses.

His most known, and controversial, piece of work was scrapped after just seven years in use. The 1972 subway map, which used 90- and 45-degree angles exclusively, distorted the New York geography for the sake of a neat and crisp design, making it virtually unreadable for visitors.

Even though the tourists’ confusion proved too stressful for the map to be a success, an alternate version is still used online by the MTA. You know it as “The Weekender.”

The map’s simplicity created a cult following, and though the map is no longer in use, it still provokes criticism and praise from critics in the past years.

“It was a nearly canonical piece of abstract graphic design,” wrote architecture critic Paul Goldberger for The New Yorker in 2011. The designer, revered by young designers today, put forth work throughout his life that reaches thousands of people’s eyes on a daily basis. From the iconic and simple Bloomingdale’s brown paper bag to the MTA’s Helvetica-laden signage, Mr. Vignelli had a hand in the modern design that New Yorkers see on the streets and below ground.

His love for Helvetica and crusade against ugly typefaces landed Mr. Vignelli in Helvetica, a 2007 film celebrating the simple, modern type.

Judging by the onslaught of intricately designed letters Mr. Vignelli received from fans in his final months, his legacy of clean design, even in failure, lives on. 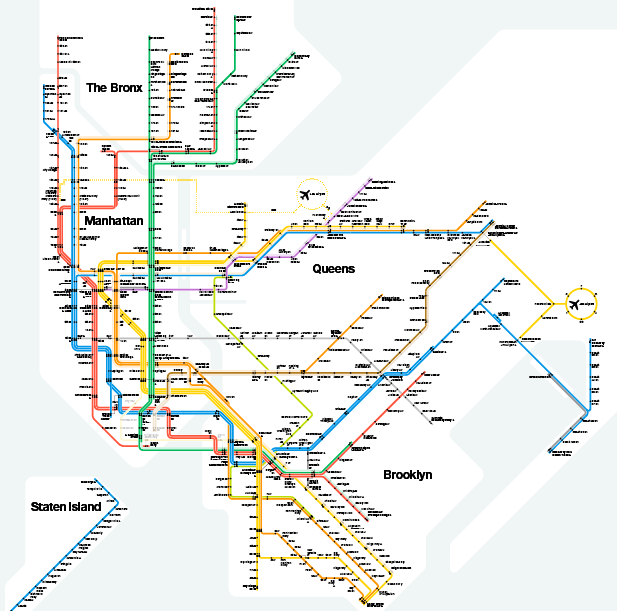