Let there be fight!

New York’s firework festivities were moved from the Hudson River to the East River in April after complaints that Brooklyn was shut out. Mr. de Blasio said he hopes New Jerseyians would still bridge-and-tunnel-it, but they politely replied, “fuhgeddaboutit.”

“We’re not in the business of competing with New York City directly,” Mr. Fulop told the Times, but “the window of opportunity opened.”

Jersey City is going all out, calling its celebration the “Freedom and Fireworks Festival” at Liberty State Park. Dare you to come up with a more patriotic name, Manhattan. Oh, and the Statue of Liberty will rise triumphantly as a backdrop, so Mr. De Blasio can stop bragging about the Brooklyn Bridge now.

Budweiser, also known as “The Great American Lager”, will co-sponsor the event with Suntex Marinas, so Jersey City taxpayers don’t have to pay a cent — because America.

Jersey’s roman candle fiesta might even be broadcast on Fox News at the same time as NBC’s coverage of the Manhattan display, according to The Times.

Every heart beats true for the red, white and blue. Looks like Mr. de Blasio shot New Jersey through the heart, and now it’s too late.

We’ll see who gives the Fourth of July a bad name. 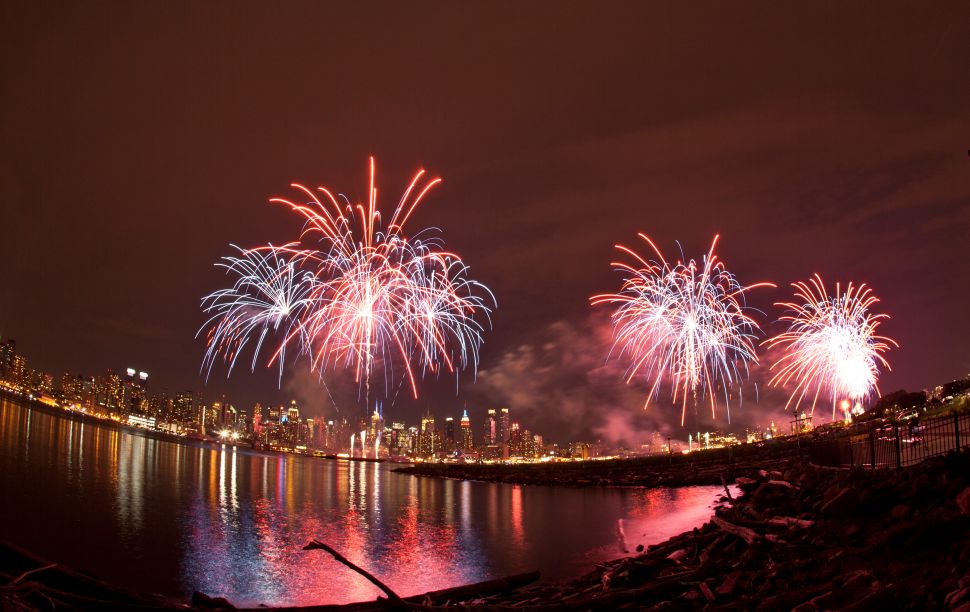