An incendiary email circulating in Hudson County attributed to Peter A. Busacca, president of the Hudson County Central Labor Council (CLC), has landed at the crossroads of two upcoming elections.

In the note, Busacca complains about intimidation he says he suffered at the hands of a fellow union leader and others to change his support from incumbent Jeff Dublin to challenger Gerard Balmir in the Hudson County Freeholder race on June 3.

Sources infer the union leader is Ray Pocino, who heads up the Laborers.

Busacca intimates in the letter that if he doesn’t change his support to Balmir, political associates of Pocino’s have threatened to withdraw their support from Mark Smith in the June 10 Bayonne mayor’s race.

Contacted for the comment, the CLC president said, “Jeff Dublin was endorsed by the Hudson County Labor Council and that’s all I’m going to say about it.”

A close ally of Fulop, Balmir works for the Laborers and has the support of the Hudson County Democratic Organization (HCDO) in his bid to oust Dublin.

Prior to the May 13 nonpartisan election in Bayonne, Fulop agreed to endorse Smith, the incumbent mayor, who appeared to be in a strong position in the lead-up to the election.
But Smith’s shocking percentage point victory over challenger Jimmy Davis created a shake-up in Hudson County now in the three weeks prior to the scheduled June 10 run-off, with certain political power players, state Sen. Ray Lesniak (D-20) among them, signaling a willingness to back the challenger.

Fulop, however, told PolitickerNJ.com that his support for Smith remains solid.

“I have been public with my support of Mark Smith. He will be the best partner for the Jersey City and Bayonne relationship going forward,” Fulop wrote in a text message. “From my standpoint, nothing has changed at all and I continue to support his re-election for another four-year term.”

State Assemblyman Jason O’Donnell (D-31), who also serves as Smith’s campaign manager, expressed confusion regarding the assertions made in the letter about the Hudson County freeholder race.

“That’s a Jersey City issue. That has nothing really to do with us,” O’Donnell told PolitickerNJ.com. “That freeholder district is in Jersey City. We’re concentrating on the runoff here in Bayonne.”

“This is a baseless rumor and we are not concerned by it,” added Michael Makarski, Smith’s campaign spokesman.

Robert Lewandowski, spokesman for the New Jersey chapter of the Laborers’ International Union of North America (LIUNA), reacted to the reported turbulence in Hudson County of behalf of his union. 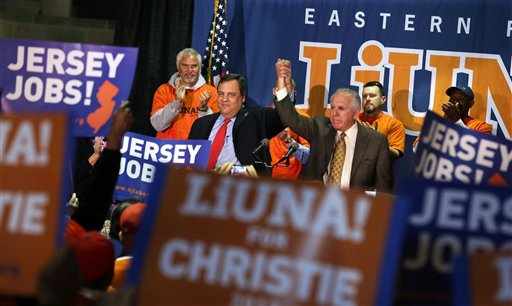