TRENTON – Conceding the legislation is less than perfect, Democratic lawmakers in the New Jersey Senate approved a bill that would limit the number of rounds in a firearm magazine.

The Democratic-controlled Legislature will send the proposal to Republican Gov. Chris Christie’s desk that proponents say could save lives and opponents argue will merely make law-abiding residents less safe. The bill passed the Senate following a 22-17 vote.

“We vowed to do our part,” said Sen. Loretta Weinberg (D-37), recalling for her fellow lawmakers the time she spent speaking with parents of children murdered in a Connecticut school shooting in 2012.

“Today we’re taking another step to fulfill a promise that many of us here made to the parents of Sandy Hook Elementary School,” she said. “What has been accomplished so far is not enough.”

Parents of children murdered during the shooting made at least two separate trips to the New Jersey Statehouse since the massacre to advocate for gun reforms and the magazine reduction bill. They argued some children were able to escape while the gunman reloaded and said the proposal could save lives.

“The only people being punished by this legislation are law-abiding citizens,” said Sen. Michael Doherty (R-23), arguing on behalf of residents he says want to be able to protect their homes and businesses with firearms that would be illegal if this bill is signed into law.

“We’re punishing some of the best people of our society,” he said. “This legislation is just punishing those individuals.”

“I certainly appreciate the intent,” said Sen. Robert Singer (R-30). “[But] the issue is going after the bad actors. … We should be focusing on mental health issues.”

But despite Democrats giving the proposal the votes it needed to clear the house, at least three lawmakers who supported the measure expressed certain reservations with the bill.

“I’m going to support the bill, however there’s a flaw in the bill,” said Sen. Paul Sarlo (D-36), explaining some residents who possess certain antique firearms would not be able to keep the guns under the proposal.

“I hope that if this bill does become law that we will approve an amendment to exclude antique firearms,” said Sen. Robert Gordon (D-38), arguing certain firearms that, for example, could have been passed down from generation to generation from the Civil War could be outlawed. 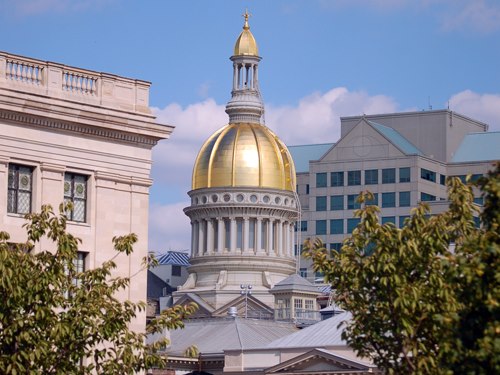