America was founded on the principles of democracy and, from its inception, has shunned the notion of a monarchy and ruling family. While the Founding Fathers envisioned many freedoms resulting from this, they probably did not consider how it would affect the celebrity culture of the 20th and 21st centuries. For without a royal family to infatuate them, Americans have the freedom to choose their own icons to dissect, admire, criticize and obsess over.

These infatuations have included the political (the Kennedys), the wealthy (the Rockefellers) and the talented (the Barrymores). And then there is the American obsession that no one can really explain — the Kardashians.

While their fame may not have much of a backbone beyond a sex tape, lots of money and a successful reality show, many would argue that, like it or not, a good part of America has chosen the Kardashian Klan as the royal family du jour. And by adding Kanye — a self-proclaimed musical deity, let alone prince — to the mix, the family’s status has only grown, moving beyond the tabloids to the much-discussed cover of Vogue.

So it is no surprise that with this weekend’s wedding of Kimye, the media is all systems go: Foreign correspondents have been enlisted, hours and hours of air-time allotted and countless column inches published.

The endless coverage of a wedding of two technical strangers begs for a comparison to the royal wedding, the most recent to garner this much media attention. In May 2011, the royal wedding took over the media, with publications like the New York Times to TV shows like Access Hollywood Live consumed by Kate’s dress, William’s kiss and Pippa’s behind.

And speaking of butts and spot-light stealing sisters, the similarities in media coverage are numerous. Kimye’s big day — slated to take place tomorrow in Florence with a private rehearsal dinner at the fittingly regal Versailles tonight — has, like the royal wedding, been covered by a large swath of the media. These range from well-respected publications like The Washington Post and Time to the more frivolous outlets, such as E! News, which has had a field day with the event — I am starting to question how they will fill their daily hour when they can no longer speculate about Kim’s possible hairstyles and Kourtney’s meal of escargot during the Parisian, pre-wedding vacation.

Is #KanyeWest being a GROOMZILLA? Get the details on #KimyeWedding here! http://t.co/dut4Yq3R0c

Kim Kardashian enjoys Paris with the girls on one of her last nights as a single lady—Get the details: http://t.co/LiIqnaVu63 #KimyeWedding

The Post wrote a feature comparing the upcoming marriage with similarly lavish celebrity affairs, while The Guardian has listed some of the most ridiculous rumors surrounding the event, asking the question on everyone’s mind: “Who can you trust?” —apparently Jay-Z and Beyoncé (another example of American royalty) have been paid $2 million by E! to perform at the reception. SNL parodied the couple last Saturday, and The Los Angeles Times has used it as a foil to discuss the paparazzi’s obsession with the K’s.

By transcending the traditional tabloids, Kimye has proven to be more than your average celebrity couple. All of the aforementioned publications and media outlets covering the royal wedding — even SNL — often asked similar questions concerning the guest list, privacy, fashion and extravagance of the affairs. At the time of the wedding, the Times published stories about the food, clothing and cost of the Prince and Princess’ nuptials, while Good Morning America investigated the Queen’s favorite cocktail, Harry’s morning-after breakfast and proper party etiquette.

Almost 23 million Americans awoke at 6 a.m. E.S.T. to watch a live broadcast of the royal affair, and while Kimye’s wedding will not be aired live, it can be sure that millions will watch the upcoming season of Keeping Up with the Kardashians hoping to get a glimpse of the ceremony.

So scoff or turn up your nose at the Kardashians, their antics and their excess as much as you would like, but the media has made it clear: There’s a new — albeit less elegant, tasteful, discreet and refined — royal couple in town. 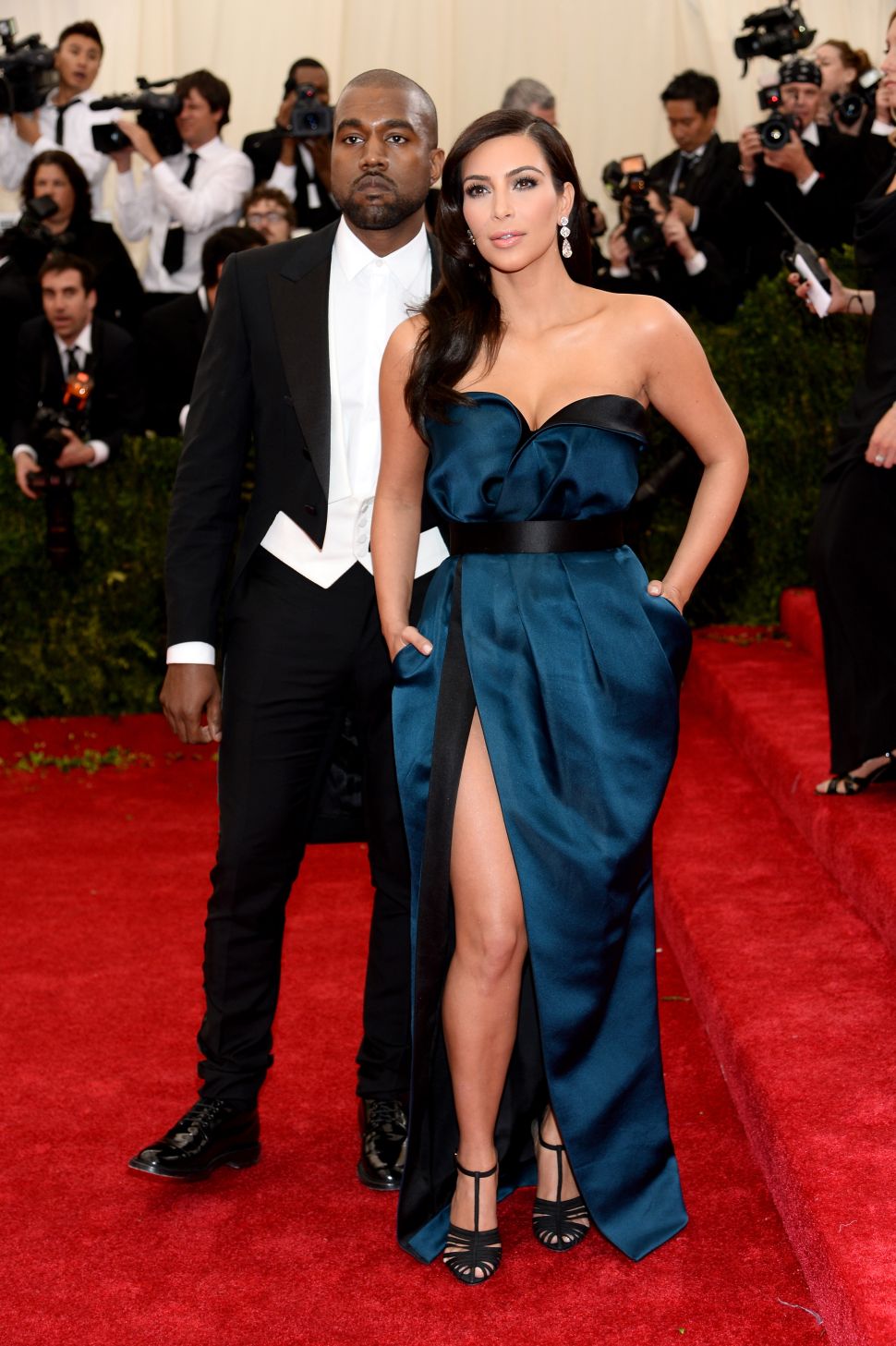