On last night’s Silicon Valley, the guys visited TechCrunch Disrupt to present Pied Piper. Their highly anticipated conference debut didn’t quite go as planned, though. Erlich’s meticulously planned, overly theatrical presentation ended soon after it had begun when a judge tackled him from across the stage.

This got us thinking: what are some other examples of presentations that have livened up the tech conference scene, for good or ill? A day full of panels and demos at SXSW or CES can get boring fast, after all. We might as well take a minute to salute the folks who make fools of themselves for the purposes of our entertainment, accidentally or not.

Here are the five most WTF moments in recent tech conference history.

We don’t know what’s harder to watch: bad musicals or bad product launches. Samsung went ahead and combined the two with this painful product launch at Radio City Music Hall in 2013. Switching up the pace of a product launch is always a nice idea, but somehow Samsung didn’t quite pull this one off.

And tech reporters, jaded complainers that we are, made sure to point that out.

Few people want to think about developers’ dongs. But that didn’t stop Microsoft from including the line “the words ‘micro’ and ‘soft’ don’t apply to my penis” in a quasi-rap rave song that was inexplicably played at 2012’s Norwegian Developers Conference as a fleet of dancers moved to the music.

Controversy broke out when a few people at the conference uploaded clips of the performance to YouTube, Joe.ie reports. This prompted head of corporation communications Frank Shaw to tweet, “This routine had vulgar language, was inappropriate and was just not ok. We apologize to our customers and partners.”

Skip to 1:10 to hear the double entendre, if you must. We don’t recommend it; the line tends to get stuck in one’s head.

3. Guy Simulating an Angry Fap Sesh During His Demo at TechCrunch Disrupt

This wasn’t the most uncomfortable thing that happened at TechCrunch Disrupt last fall. That honor goes to Titstare. But it was certainly the biggest spectacle, as in, “visually striking performance or display.”

At last year’s CES conference, Qualcomm gave the keynote address. The head-scratching presentation started out with three actors playing stereotypical teens, chewing the scenery while they waxed poetic about being part of “Generation Mobile.” The only girl on stage proclaimed she wanted to use her cell phone “to be popular.”

By the end of the laser-light-equipped, high-production-value presentation, Big Bird and Steve Ballmer had also hit the stage. Rest assured, there was no shortage of online commentary eviscerating this dog and pony show.

The following video of erstwhile Microsoft CEO Steve Ballmer is probably the best example of his unpredictable conference hijinks. This man can work a room. We need more people like him at tech conferences, honestly. Bonus: If you just have to have more Steve-O, here’s Betabeat’s definitive ranking of Ballmer apperances.

A finicky teleprompter apparently caused Michael Bay to mutter incoherently, then bounce, at CES this past January. It was more meltdown than spectacle, but it’s definitely worth seeing. 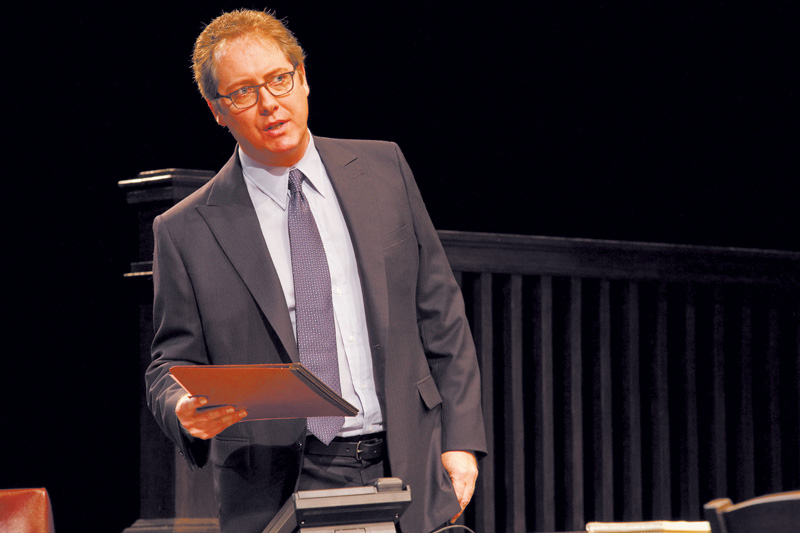