Christina Renna, who used to work under Kelly in the administration’s Office of Intergovernmental Affairs, told a joint legislative committee she believed her former boss was “instrumental” in the lane closings – but not the prime mover.

Kelly, who headed the IGA department which acted as a go-between for municipal leaders and the Christie administration, is one of two people the administration’s internal review blames for implementing the controversial lane closings. The internal review, dubbed the Mastro report, placed the blame squarely with Kelly and former Port Authority executive David Wildstein.

However, Renna told the legislative committee investigating the administration she doesn’t believe Kelly was the architect.

“She was instrumental in the process,” Renna said, adding, “I think that Bridget was not the architect.”

Under questioning from Assemblyman Louis Greenwald (D-6), Renna said she could make “an educated guess” who she thought the architect was, but declined to provide the committee with a name.

“We all have theories, but I don’t know [who was the architect,]” she said.

Later, Assemblyman Paul Moriarty (D-4) asked about the possibility of Wildstein being the architect.

“Is it your feeling that David Wildstein and Bridget Kelly acted alone?” Moriarty asked.

“Do you have a theory?” Moriarty asked.

“I have lots of theories,” Renna responded.

Asked if she would like to elaborate on any of those theories, Renna responded: “I’ll take a pass.” 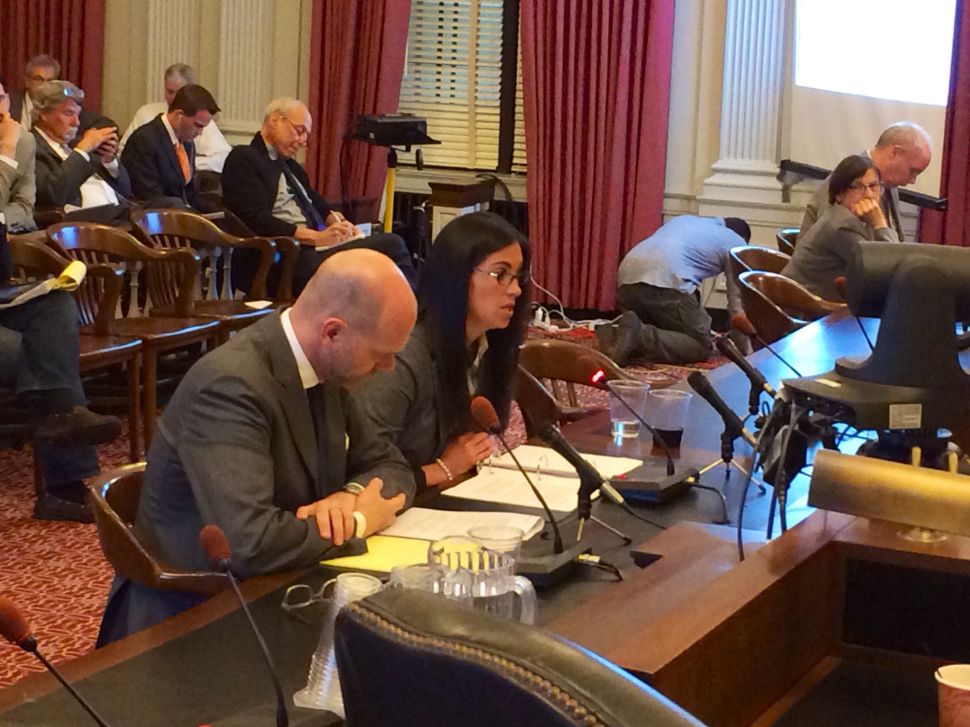