TRENTON – A ride north up Route 29 into downtown Trenton leads to an inevitable drive under the city’s famous bridge with the iconic “Trenton makes, the world takes” sign. The sign of the times in Trenton politics is that what the city makes best these days is elections.

Within four weeks, New Jersey’s capital city will have seen three elections take place. The May 13 Trenton mayoral election left candidates Eric Jackson and Paul Perez in a June 10 mano-a-mano runoff. A week before the final Trenton electoral clash, the city’s voters will be asked to go to the polls again to vote in the Twelfth Congressional District Democratic primary, where state Assemblywoman Bonnie Watson Coleman (D-15) is locked in a June 3 primary battle against state Sen. Linda Greenstein (D-14) and state Assemblyman Upendra Chivukula (D-17). The CD 12 struggle will arguably be the most closely-watched Congressional primary in the state.

The CD 12 candidates hope to succeed U.S. Rep. Rush Holt (D-12), who announced in February that he would not seek re-election. The district is made up largely of municipalities in Mercer and Middlesex counties, Watson Coleman and Greenstein’s home bases respectively, and also some Somerset and Union County municipalities, including Plainfield.

As a result of these staggered races, there will be almost as much political warfare waged in Trenton during these days of decision than when General George Washington and the Continental Army stormed the banks of the Delaware River and defeated the Hessians in the city’s streets in December 1776.

But in the run-up to the June 3 CD 12 primary and the June 10 Trenton mayoral election, the decisive question could be this: will Trenton’s voters experience political battle fatigue and come out in equal force in both upcoming elections before the smoke clears?

Longtime observers of the Trenton political scene note that around 10,000 to 11,000 voters out of approximately 39,000 registered voters got to the polls during Trenton municipal elections. The total city population numbers about 88,000 people.

According to James Gee, Watson’s longtime political advisor who is also serving as Jackson’s campaign director in the Trenton mayor’s race, the road to victory for his preferred candidates remains clear.

“Bonnie Watson Coleman has a lot of history here. She is sitting in an Assembly seat that was her father’s seat before her,” said Gee, referring to the late Assemblyman John S. Watson, a former six-term lawmaker.

“[Watson Coleman] and [state Senator] Shirley Turner (D-15) get the most votes out of anybody when their names are on the ballot. This is a unique opportunity that people are ready to take advantage of,” Gee added, alluding to the fact that Watson Coleman would be the first African-American female from New Jersey to serve in Congress if elected.

“In terms of the Trenton mayor’s race, people are equally excited to start afresh given our recent past,” Gee continued, referring to the conviction and subsequent removal of former Trenton Mayor Tony Mack after he was found guilty of bribery and extortion charges in federal court in February. “I think that both races have separate motivations, and I don’t think that you’ll see voter fatigue. There are people who care [about the Congressional race]. There are about 5,000 people that vote every time there is an election in Trenton, no matter what. If Bonnie Watson Coleman gets 5,000 votes in Trenton, that’s a major victory. If she gets 7,000 votes out of Trenton, we become a problem for every other candidate. If she gets 8,000 votes out of Trenton, this race is over.”

Manny Segura, former Trenton councilman and mayoral candidate in the 2010 contest against Mack, saw a scenario in which voters tire of going to the ballot box before the final mayoral race voting round.

“People right now are tired, but people need to make sacrifices,” Segura, who is supporting Perez, said. “I think that if people really wanted Jackson to win, they would have sent him to the office right away. This election could be a referendum for change with Paul Perez in the race, and a lot of Latinos, including local Latino businessmen, are excited about this election because they feel like they work hard and pay taxes but City Hall doesn’t give them respect. And if people are voting twice for mayor, they could get tired about the Congressional race and it could hurt Bonnie Watson Coleman. She is counting on a good turnout in Mercer County for her, and in Trenton especially.”

Dr. Celestine Chukumba, a media strategist and advisor to the Perez campaign, saw the ups and downs of multiple important elections occurring so closely together.

“It tends to add a bit of confusion, but it has its pros and cons. To some degree, voters are more aware that something is happening, and to another degree they are a bit disillusioned because they are not exactly sure about what is happening. Because we don’t do elections in November like most other places, it could have an impact where there is lower voter turnout as a result. We’re seeing that in Trenton right now, with voter turnout that isn’t necessarily excited as we would want it to be,” said Chukumba, referring to the just under 10,000-vote total in the May 13 mayoral election. “We would have expected that with the Tony Mack trial, more people would have been more interested in politics.

“It’s touch and go. It’s hard to discern what exactly the net gain or loss is. But we expect a larger turnout [in the June 10 runoff election] that will help Paul Perez, because our message is that of change,” Chukumba added. “And we expect there to be less misinformation, because there are less candidates to choose from.” 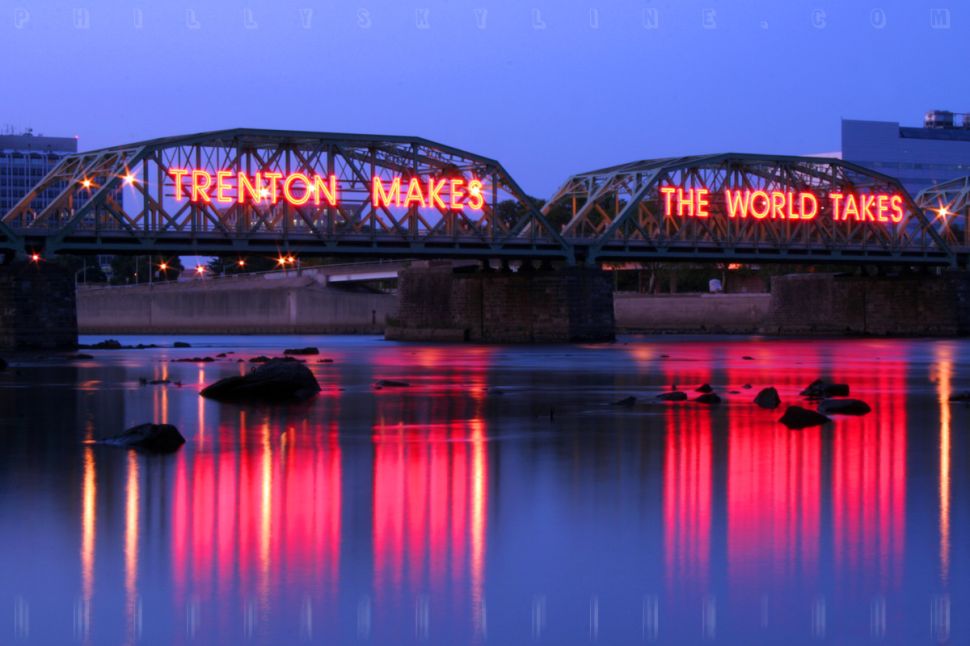