Usually it’s impossible to communicate with your friends when they’re staring at their iPhone screens all night.

Game of Phones, a new crowdfunded card game, is trying to turn iPhone addiction into something friends can bond over. The game, which purposely incorporates smartphones, mixes Cards Against Humanity and scavenger hunts to work technology into the social dialogue.

With a stack of cards (so some assembly is required), one player chooses a card, saying anything from “What’s the first picture you took on your phone” to “Find an ugly baby.” Players then use their phones to look for or take a photo, which the player then judges, picking the best entry.

The game’s inventors, two Brooklyn graduate students at the School of Visual Arts, originally set out to raise $6,000 on Kickstarter. As of now, they’ve already raised over $16,000 through the crowdfunding website, and plan to release a 100-card pack in August.

“By bringing phones into the game, they somehow become less of a distraction,” the inventors wrote in their Kickstarter campaign page. “No time to check your email when you’re in a heated round of ‘Find the weirdest Google Image search for your name.’”

And if you’re not in the mood to lug 100 physical playing cards around in your purse, you and your friends can always just sit in a circle and play Candy Crush while quietly sipping vodka sodas. 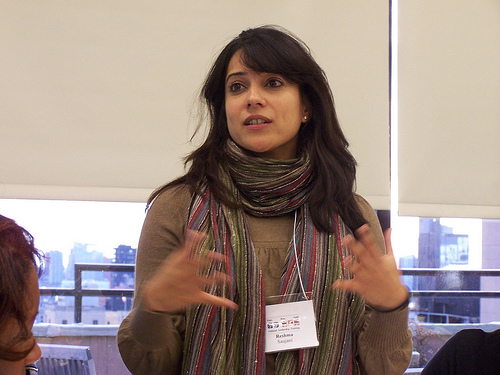