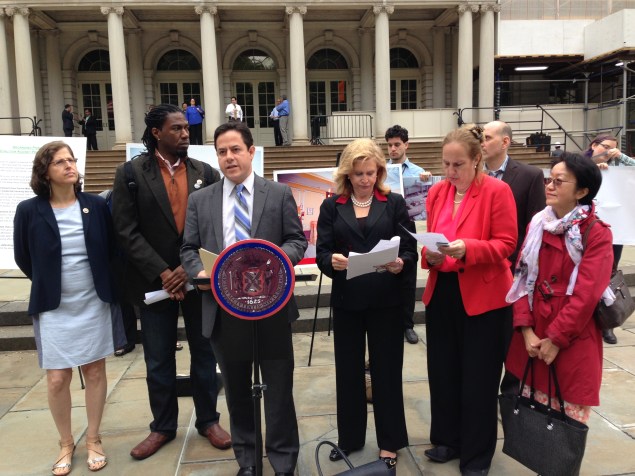 “We are not going to just sit back and watch as properties get ravaged and tenants get harassed repeatedly in this city, ” said Mr. Garodnick, who is co-chairing the coalition with Councilmen Jumaane Williams and Ritchie Torres.

He also presented four guiding principles of the new coalition, which already boasts support from over 40 elected officials and advocates.

The principles are: to seek a commitment from Fannie Mae and Freddie Mac that they will not lend money for residential housing deals that threaten affordable housing; responsible investment of city and state pension funds; no subsidies for deals that include risks for affordable housing and legislative solutions to protect and defend tenants.

“One of the enduring lessons the recent housing collapse taught us is that there are certain investors who will take out risky mortgages with no solid plan to avoid default,” Mr. Williams said.

“When defaults occur, tenants suffer from unlivable conditions and are often constructively evicted from their homes. Those engaged in predatory equity not only threaten the homes that people have lived in for decades, but they help deplete this city of desperately-needed affordable units,” he continued.

Upper East Side Congresswoman Carolyn Maloney also made a pit stop at the news conference before heading off to Washington to promote a bill that will protect affordable housing.

“Nothing was more shocking about the Tishman Speyer, Stuy Town/Peter Cooper transaction than finding out that the federally-chartered, government-sponsored enterprises tasked with expanding affordable housing were actually investing in a deal that could only succeed by converting as many affordable units as possible into luxury rent apartments,” she said, referring to a recent controversy at the large housing complex on the east side of Manhattan.

This coalition’s formation comes shortly after Mayor Bill de Blasio announced an ambitious $41.1 billion housing plan that seeks to preserve more than 200.000 affordable units during the next ten years. 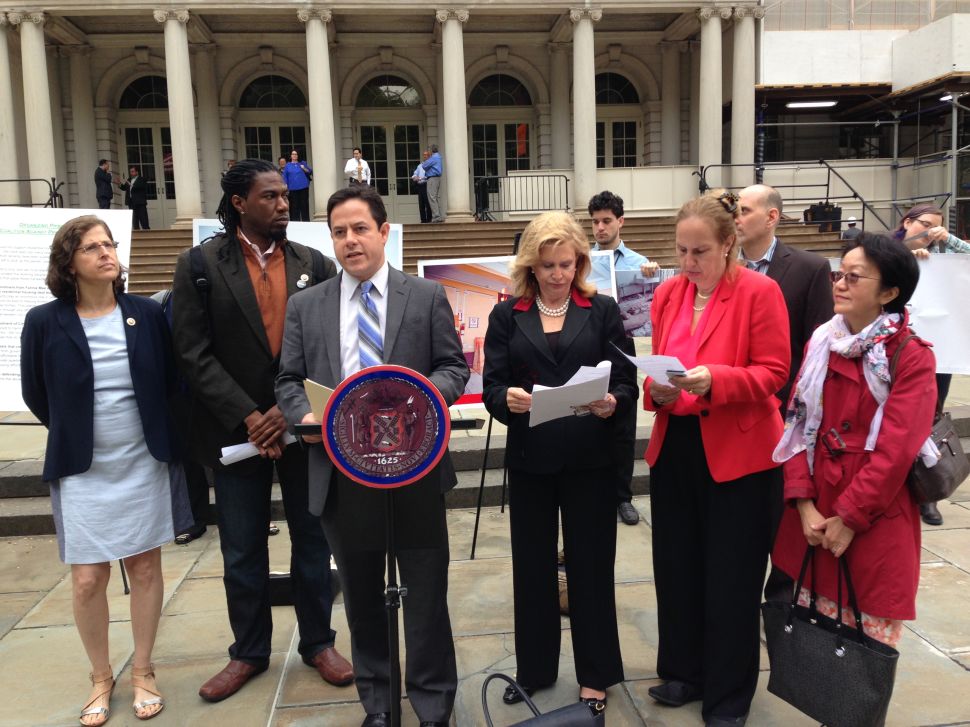