Since we reported statements from Google’s consulting optometrist about the eye pains associated with using Google Glass, things have been, well, rocky. Over the past week, we’ve had a series of contentious discussions with Google — it’s almost started to feel like a bad breakup.

As soon as our story went up, Google called us with their complaints — problems with tenor, tone and attitude. They’ve also offhandedly claimed that we took the doctor’s quotes “out of context,” but when we’ve asked for exact examples of what they meant, we heard nothing back. While we understand their feelings from a PR perspective, Google hasn’t been able to contest a single fact reported in our story.

After we published our piece, other publications ran with it. Some of them got the facts wrong, calling the pain associated with glass as a “headache” — a misconception that largely inspired our piece to begin with. The Google Glass pain is more of an ache in the muscles around the eye from holding your gaze in an uncommon place. We have occasionally attempted to clean up after that mess, but there’s admittedly only so much we can do when it comes to how other journalists treat the material.

After all of the mainstream attention, Dr. Eli Peli — who we spoke to for our original story — posted a response to our article, which Google Glass re-shared on their Google+ page. Google and Dr. Peli have both declined to say whether or not Google informed, shaped or influenced the following response in any way:

As for saying that only a relative few people feel the eye pain: “few” is obviously a relative term. Betabeat alone has personally encountered a “few” people who have felt the discomfort, including two of our own staff writers — and by his own admission, Dr. Peli himself.

Otherwise, not one single assertion Dr. Peli makes in his post is contrary to the facts reported in our piece. When we followed up to ask what he meant by “health risks,” he clarified that he meant “long term consequences.”

“I’ve made it clear when I am asked that Glass may cause initial discomfort when it’s first used, but that I have found no health risks,” Dr. Peli told us via email.

And we would never say otherwise. Our point was not that there should be concerns about lasting damage, but simply that Google hasn’t been forthright. It’s one thing to have an open discussion about the existence of Glass-related discomfort where users are aware of the potential risk at point of purchase, and another to bury a disclaimer layers deep into an off-site support section.

Independently of Dr. Peli, Google has released their own statement, which we’ve published here in full:

“Google communicates regularly with Dr Peli about his research. Once the story was published, Dr Peli reached out to us saying he felt the piece misrepresented what he said. He wanted to set the record straight by posting to his G+ page. His response is consistent with the views he has expressed about Glass over the past year.”

But his response is also consistent with what Betabeat published last week. In “setting the record straight,” Dr. Peli has said nothing contrary to our reportage. And If Dr. Peli felt “misrepresented,” he could have also said this to Betabeat. He never has, even in his correspondences since the publication of our first piece.

As for the eye pains, Dr. Peli and Google have repeatedly pointed out, publicly and to Betabeat, that the discomfort related to Glass is simply akin to wearing a new pair of prescription glasses. But when you put on a new of pair glasses, the doctor will gladly warn you what you’re in for, not behave as if you’re an outlier or that they have no idea what you’re talking about. 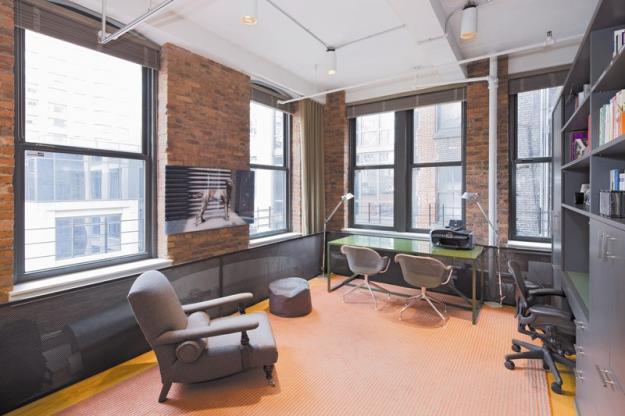