Not so breaking news: Google is taking over everything.

A letter to the Securities and Exchange Commission (SEC) that was disclosed yesterday revealed that Google may begin advertising and serving content on devices such as car dashboards, thermostats, refrigerators and of course Google Glass, the Wall Street Journal reported.

Google reportedly made the statement, originally filed in December, to explain why they don’t disclose revenue generated from mobile devices, despite the fact that other media giants like Facebook and Twitter do. Their explanation is that the definition of mobile will “continue to evolve” with the introduction of more “smart” devices.

“Our expectation is that users will be using our services and viewing our ads on an increasingly wide diversity of devices in the future,” the company said in the statement.

Recent events have made it clear that Google’s guerilla advertising could soon be among us. In January, the company partnered with General Motors, Audi, Honda, Hyundai and others to bring the Android operating system to cars. In March, they announced an updated operating system for wearable devices. With Google acquiring more and more data on every facet of our lives, it’ll be easier for the company to bombard us with targeted ads.

January also brought the big announcement of a $3.2 billion deal to purchase Nest Labs, a startup creating “smart” devices such as smoke detectors and thermostats. Upon the deal, Nest Labs customer’s feared their data would be shared with Google for the purpose of targeted ads — a fear that the company worked to ease. But despite the assurance, statements made in Google’s December filing lead us to believe those ads could be happening.

We’re left to wonder what Google is going for next. 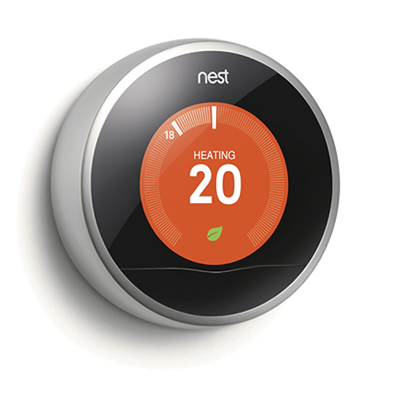