GOP legislators held a Statehouse news conference to call on Democratic lawmakers to support agendas Gov. Chris Christie campaigned on in 2013 and which voters supported at the polls by giving him a second term in office. The lawmakers are sending their message as the ongoing joint legislative committee investigating the lane closures rolls on amid criticism from Republicans of being a partisan investigation.

“It’s my opinion that the Democrats are focusing on 2017,” said Minority Leader Jon Bramnick, arguing members leading the charge on the joint legislative committee are more focused on the next gubernatorial election than enacting reforms at the Port Authority of New York and New Jersey.

“They are now, in my judgment, playing to a limited number of voters … in order to appeal to this voting bloc during the next two or three years so that they can win a Democratic primary,” he said, arguing the 60 percent of New Jersey voters who backed Christie in the last statewide election over his Democratic rival are being ignored.

Bramick vowed to host committee hearings of sorts with business leaders to call attention to the state’s larger issues, he said. The GOP lawmaker charged Assemblyman John Wisniewski, the Democrat helping to lead the charge into investigating the administration, with diverting attention from serious economic woes facing the state.

“It’s important that we don’t focus solely on who closed the lanes and why,” he said. “He has basically sucked all the air out of the room by having these hearings, … so we’re going to have a hearing right here in room 209 with business leaders.”

Despite the Legislature’s makeup not changing during the most recent statewide election, Bramnick says Christie’s margin of victory was a message from voters.

“There is no doubt in my mind that 60 percent who voted for Chris Christie were voting for change,” Bramnick said. “No one addressed the tough issues. Chris Christie did that and I think that the people who voted in the election were sending a message to Trenton.”

Bramnick called on lawmakers to suspend the Bridgegate hearings until the federal investigations into the lane closures have concluded.

“Why not do the reforms now?” Bramnick asked.

In response, Democrats in both chambers said they are capable of “chewing gum and walking at the same time,” said Senate President Steve Sweeney.

“Democrats are moving forward on major legislation on gun safety, college affordability, job creation, economic development and fiscal responsibility, and the Republican opposition to those issues shows how out-of-touch they truly are with New Jersey’s middle-class,” said Assembly Democratic spokesman Tom Hester. “It seems they’re more concerned with protecting the governor’s popularity and standing than with helping the middle-class and finding out the truth of what happened with this abuse of power and threat to public safety.” 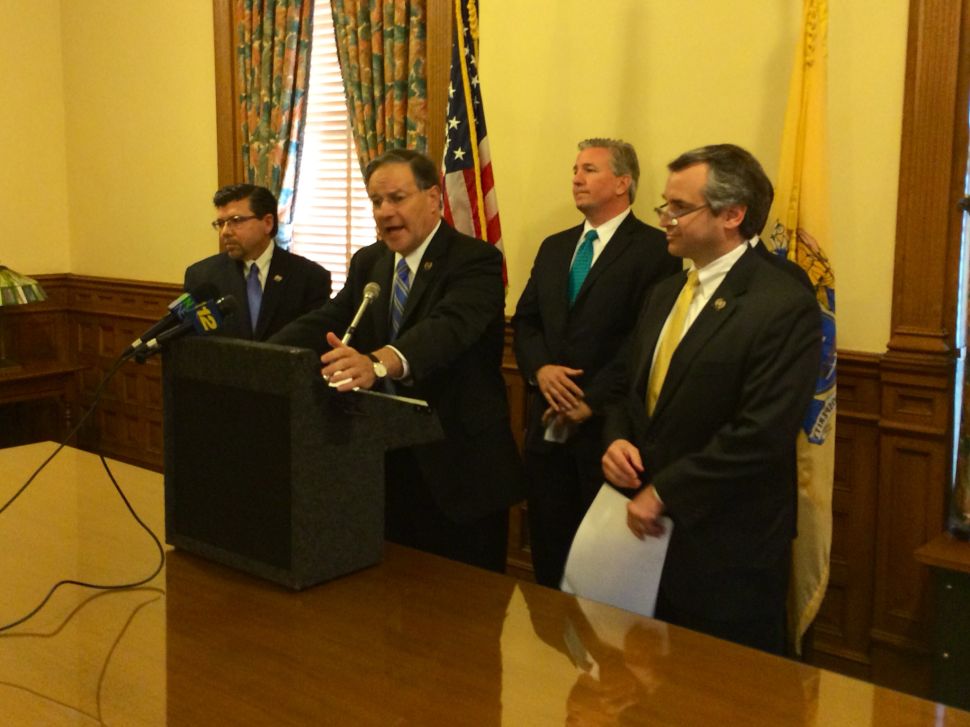