There are two lessons to be learned in these bizarre drunk driving stories: Don’t drive drunk, and maybe reconsider the next time you plan to take a limo. The NYPD Headquarters and site of the crash (Wally Gobetz/Flickr)

First, this morning a suspected drunk driver crashed into the NYPD headquarters, the police report.

The driver was tailgating a vehicle going through the headquarter’s security checkpoint and subsequently crashed into the barrier himself, badly damaging his car, although he and his passenger were unharmed.

“My GPS took me this way,” the man claimed, according to the New York Post.

A few nights earlier, a group of four passengers were taken on a joy ride from hell when their driver left their limo unattended on a West Village street and someone else jumped in and drove off, said police.

The driver briefly stepped out of the car on West Fourth Street and Seventh Avenue South when Marwan Elbordiny, 24, pushed him aside and took the wheel.

With the terrified passengers still inside, Mr. Elbordiny sped the wrong way down several streets and eventually crashed the limo into a garbage truck — giving himself, the passengers, and the garbage men minor injuries.

When police arrived they administered a breathalyzer test and found his blood-alcohol content was more than twice the legal limit.

Mr. Elbordiny was charged with reckless endangerment and unauthorized use of a vehicle — among other things — and is awaiting arraignment in New York Supreme Court.

The passengers have all recovered. 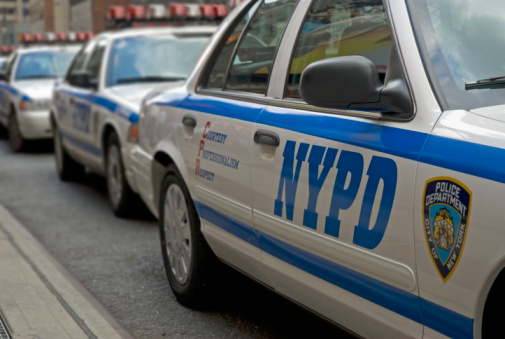