PATERSON – With one week to go before the May 13th Paterson Mayor’s election, colliding forces on the ground in the state’s ultimate retail politics town will look to a combination of financial resources and GOTV targeting as they seek a common destination: the chair of power on the second floor of City Hall.

Only one candidate will get there.

U.S. Rep. Bill Pascrell (D-9): The two-fisted populist congressman is “motivated” for Council President Andre Sayegh (pictured), according to a source who described Pascrell’s mood following a protest of his endorsement of Sayegh last week.

Passaic Democratic Committee Chairman John Currie: He grew up in Paterson and has maintained his connections to the Silk City. With Currie come prized political operatives: the battle-tested Keith Furlong and Ryan Yacco.

Henry Sosa: Campaign Manager for At-Large Council candidate Maritza Davila, the veteran Sosa in part has the task of teasing Hispanic voters into the Sayegh column, along with veteran party member Miguel Diaz.

Javier Fernandez: Co-Campaign Manager Fernandez – along with Lizbeth Davies – goes way back with Sayegh, and represents the surviving grassroots portion of the team, augmented now by the professionals associated with Currie and Pascrell.

Al Abdelaziz: The Arab-American leader is trying to consolidate key 6th Ward support for the council president. Torres defeated Sayegh four years ago in the councilman’s home ward, and this time, former Ward 2 Councilman Aslon Goow, a Muslim, is in the race, making Abdelaziz a key factor for Team Sayegh as he seeks a win in the 6th.

Bill Pascrell III: Son of the Congressman with statewide power player ties, Pascrell continues to play a vital role on the fundraising front.

Benjie Wimberly: There were jokes about the African-American Assemblyman packing his bags for a two week vacation immediately after he endorsed Sayegh last Monday. But he actually just went out of town for a couple of days and now he’s back. An overwhelmingly victorious candidate for the city council in 2010, the Paterson football legend (he coached NFL star Victor Cruz) and recreation director has a standing army support system. If he is engaged and helps pull African American voters into the Sayegh column, this election will in part prove the power not only of Pascrell’s, but of Wimberly’s, coattails.

Councilmen Tavarez and Akhtaruzzaman: Saygh will count on the two elected officials from the 5th and 2nd wards respectively to bring votes from the Bengali and Dominican bases.

Intangibles: At-Large Councilman Rigo Rodriguez – a Dominican American and leader of the city’s fastest growing population – has a political operation built on eight plus years of work. He’s wounded now – under indictment for voter fraud, and will stand a greater degree of scrutiny four years after the election that resulted in filed charges. But if Rodriguez – who gave up another shot at his council seat to run for mayor – pulls Dominican voters out of Torres’ Hispanic support base, he can help hand the election to Sayegh. If voters abandon Rodriguez, Maria Teresa Feliciano – a second Dominican in the contest – is potentially a failsafe for the Sayegh Campaign and Torres vote drain. The strongest campaign financially in the field, Team Sayegh has the ability to drive a hard messaging campaign at Torres, which they’re doing, emphasizing the former mayor’s $74,000 severance package in an attempt to weaken the veteran city hall executive. One last factor should not be underestimated: Sayegh’s work rate. The 40-year old college history teacher has a manic campaign style, reminiscent of his mentor Pascrell. A quick wit, he can grab a hand and make a joke at close quarters to a voter and keep moving as well as anyone in the game right now.

Idida Rodriguez: A GOTV animal, Rodriguez cut her teeth on the streets of Paterson before going over to the government affairs side and earning her keep as a Trenton insider. The veteran operative is seen as the steadying, underlying political force on the Torres team as former two-time Mayor Jose “Joey” Torres looks to take on the machine that once helped him.

Nellie Pou: While most of the rest of the Democratic Party establishment in Passaic went with Sayegh, mostly at the urging of Pascrell and Currie, the Puerto Rican senator from the 35th District stuck by Torres.

Omar Rodriguez: The politically savvy former Saddle Brook Councilman has ties to the fast-growing Peruvian community where Torres hopes to add to his classic Puerto Rican base.

Bryan Walensky: Kicked to the curb by the Passaic Democratic Party, the veteran North Jersey political operative is back – or wants to be – squared up now against former friends turned political foes, mostly the fallout of the 2012 Democratic Primary. That’s when Walensky – the former Democratic Party Chairman in Garfield – backed loser Steve Rothman against Pascrell. Frozen out of the back chambers of Passaic County politics ever since, Walensky can regain a toehold in Paterson with a Torres win.

George (no relation to David) Gilmore: It helps to have well-connected friends on the financial end, and if Pascrell and his son are the renegades’ favorite bogeymen in Paterson, the enduring street guy Torres nonetheless has his own ties to the powerful Ocean County Republican Chairman, who helped furnish Torres with his job as business administrator in Jackson. A Torres win would augment the ubiquitous Gilmore even more in urban New Jersey. Remember, the Ocean GOP chairman was a key backer of Don Guardian, the surprise winner in last year’s Atlantic City mayor’s race.

Intangibles: Sayegh would prefer to not have Goow in the race. If the Ward 2 councilman can sap the council president’s strength in the Arab community, Sayegh will have a hard time being able to match Torres, who has a built in advantage as a known Latino leader ion a Latino majority city. If Goow penetrates, he could swing the election to Torres. Another key factor for Torres: the At-Large Council races. School Commissioner Alex Mendez has defined as his own man in the race, making friends with everyone and refusing to engage in political firefights despite a past that includes endorsing Rothman back in 2012. In the 2010 municipal races, a strong African American bloc broke through Torres’ Latino voting base to catapult Wimberly and Jeff Jones into office. This year, with Jones apparently weak and the African American community divided – some leaders blame Councilman Ken Morris, Jr., up for re-election, for the mayor’s troubles, for example; is it possible that high voter turnout – or at least higher turnout than in other communities – among Latinos, in part augmented by Mendez – will coattail Torres the same way Wimberly pulled Jones across the finish line four years ago? The last factor for Torres is Jones. Sayegh is working hard to strip African American voters away from the incumbent mayor. If the mayor is able to prevent an exodus – but the Black vote stays relatively flat, as expected, Torres could be the most obvious beneficiary.

Pete Oneglia: Albeit on a shoe string budget, this deputy chief of staff to former state Sen. John Girgenti (D-35) is running a real campaign for former Ward 2 Councilman Goow. There’s still some bitterness with the party in Girgenti world, which dovetails perfectly with the feelings of Goow. During 2011 redistricting, Girgenti was the Democratic Party’s lone casualty, a shocking outcome for the veteran senator, who still conducts diner meetings with old allies in his hometown of Hawthorne as they attempt to figure out a comeback. Even though Girgenti’s replacement (Pou) is with Torres, a Torres win would deal a blow to the same organization that Girgenti feels should have had his back three years, but which left him on the beach.

The City of Passaic

Chastised two years ago for backing Rothman over Pascrell, Assemblyman Gary Schaer (D-36), the assembly budget chairman, is dutifully giving money to the Sayegh Campaign. There’s a catch, though – and that’s the allowance of the party to accept the neutrality of Schaer’s chief ally, Passaic City Mayor Alex Blanco, the first Dominican American mayor in the country.

The 12-year veteran councilman faces his most challenging election. The lead inquisitor in the Hurricane Irene overtime case that wounded the mayor, Morris faces questions about loyalty in the African American community. Buoyed by higher than usual African American turnout numbers in 2010, Morris could face the reverse this year, and must depend wholly on those self-made political structures to survive. Insiders widely praised him for having the best debate performance on cable television last week, but as with everything – and everyone – else on this list, his fate will hinge on GOTV come Election Day. 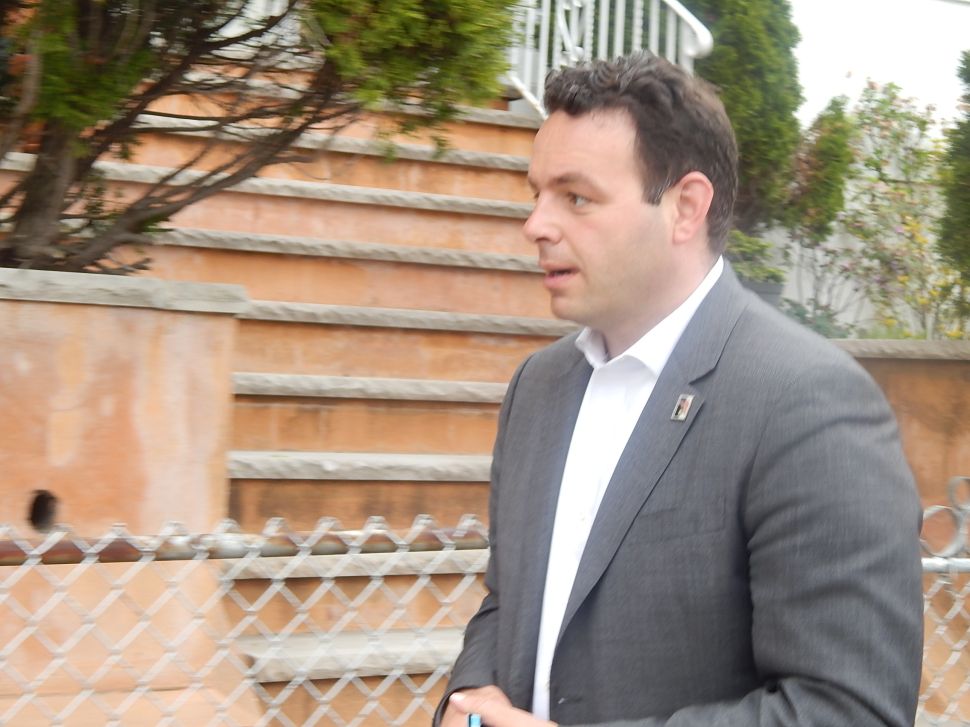