Currie himself said he continues to personally hit the phones in an effort to drive up support for Sayegh, who’s running in a field of eight candidates that includes incumbent Mayor Jeff Jones and former Mayor Jose “Joey” Torres.

“Paterson is very important to me,” said the chairman. “I grew up in Paterson and I have wonderful memories of Paterson, and Andre Sayegh is the right person right now. Torres left the city and took $74,000 with him [in severance pay]. He left the city with legal battles that Jones is frankly still trying to clean up.

“Council President Sayegh is right for Paterson, and I am going to urge every Patersonian to go out and vote for Andre Sayegh,” he added.

Torres’ allies say they have a passionate band of supporters looking to barge back into City Hall behind the former two-term mayor of Paterson, now on part-time leave from his job as business administrator in Jackson to run for mayor.

Despite the presence in the contest of two Dominican-American candidates – retiring At-Large Councilman Rigo Rodriguez and retired Passaic County administrator Maria Teresa Feliciano – supporters of the former mayor’s have confidence in his ability to coalesce a bulk of the city’s Latino vote in a majority-Latino city.

Sayegh’s operatives see it differently and size up a pool of voters roughly 20,000-22,000 in number.

They note Rodriguez’s decision not to run for mayor in 2010, and argue that those core voters now with the councilman backed Torres four years ago. They also argue that the presence in the mayoral contest of former Ward 2 Councilman Aslon Goow deprives Torres of neighborhood support.

When he decided not to run for mayor himself, Goow backed Torres in 2010.

A Goow mayoral candidacy forces Torres into self-protection mode in the 2nd Ward.

Ward 2 right now a day before the election looks like a sign war between Goow and Torres.

Torres diehards argue that Goow more significantly cuts into Sayegh, as the contest’s two Arab American candidates most fight over support in that community, with Goow boasting of an edge in the mosques owing to his Muslim membership.

Tough for Sayegh too is the fact that Torres beat Saeygh in Sayegh’s own 6th ward in 2010, putting the pressure on his 6 ward allies to turn Torres in Sayegh’s base.

Sayegh’s presence in African-American churches over the weekend, and the intensified presence at his side through the closing hours of the campaign cycle of Assemblyman Benjie Wimberly (D-35) attest to where the team calculates it must make gains: the African-American community.

Their calculation hinges on their polling data, which shows African-American incumbent Jones politically dead on arrival.

Jones disputes that, of course.

Fighting on what was once the mayor’s undisputed turf, Sayegh has spent most weekends hitting hard those communities of black voters in the 3rd and 1st wards.

“We will be pounding on doors and robo-calling from morning until the polls close and God willing Andre Sayegh will be the next mayor of Paterson,” said Currie.

Amid those vigorous efforts by Team Sayegh, Torres continues to burnish the support for his candidacy of Ward 3 Councilman Bill McCoy and routinely talks up his own admiration for incumbent African-American Councilman Ken Morris, Jr.

Notwithstanding the incumbent’s arguments about his base, any doubts about Torres and Sayegh in a citywide slugfest dim somewhat upon consideration of two lit dumps. Mayoral candidate David Gilmore – an African-American who began the cycle relentlessly criticizing Jones and now appears openly approving of Torres – dropped a mail piece critical of Sayegh; while Feliciano – never one to speak ill of Sayegh on the trail – unleashed a piece today bashing Torres. 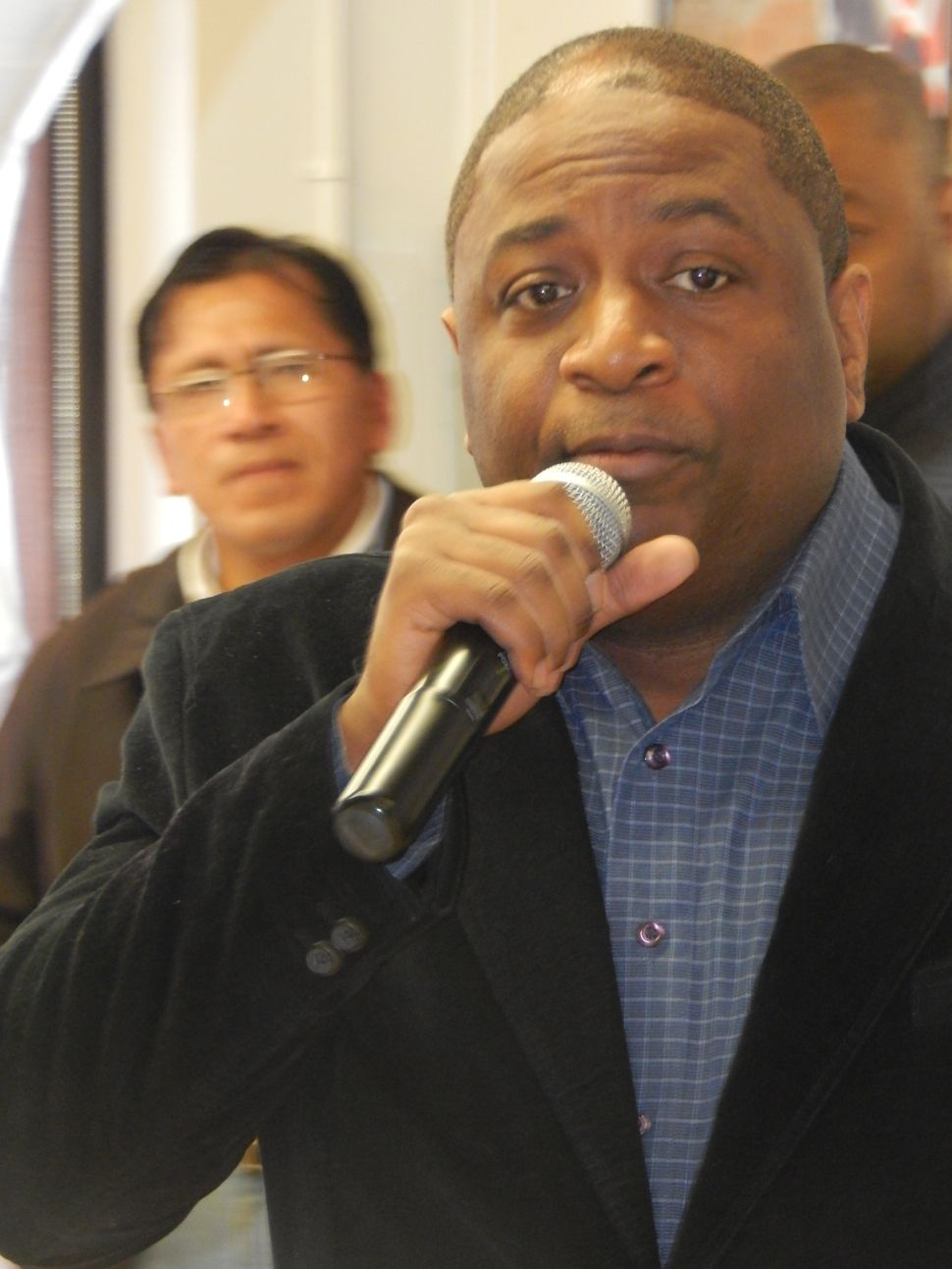