This story was written in a nearly empty Observer office and sent to an editor that can currently only communicate by coughing.

Here is why. According to the Center For Disease Control, the flu is coming back to New York for the spring, but bigger and badder. The influenza B strain — which causes higher fever, more back pain, more chills, and more muscle aches than it’s Influenza A strain cousin — is currently accounting for 55 percent of viruses nationally.

As you can see on the map up there, the B Strain is classified as “widespread” in New York. Connecticut, Rhode Island and Massachusetts join the Big Apple in their sickbeds.

MyFoxNY reports that “The Lenox Hill Hospital emergency room has definitely seen a spike lately in the number of patients with the flu, which is unusual for this time of year.”

For those New Yorkers looking to escape the B Strain (awesome name for a horror movie, btw), no cases of influenza were reported anywhere in Idaho, Kansas, Mississippi, and Tennessee.

Anyone looking to stay, get your sleep and your healthy foods or you’ll probably be looking at a achy, sneezy spring time.

For anyone who is already sick, here is a fun fact for some levity. The CDC has reported that influenza B exclusively effects humans and seals. So, you’re not alone. There’s that. 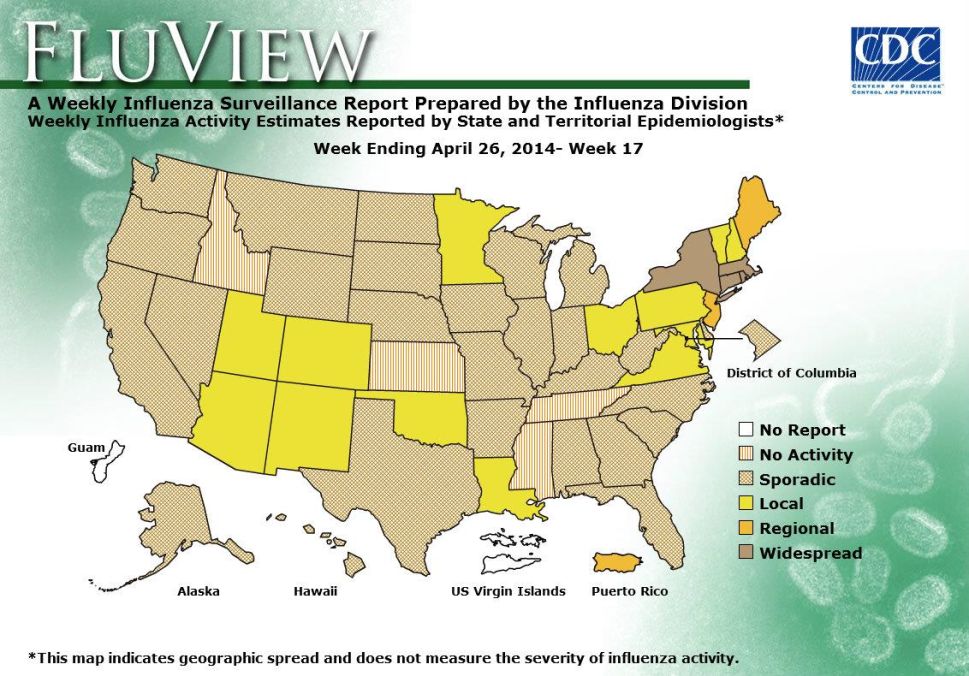