ATLANTIC CITY – Newark Mayor-Elect Ras Baraka, in his own words “exhausted” after his victory in Tuesday’s election, found the fire inside to call out the New Jersey state Democratic establishment on Friday morning regarding the party’s future direction.

Rather, to some Baraka’s victory flipped the chessboard over, then smashed it in half.

DiVincenzo endorsed Jeffries the day before the election.

After Baraka’s remarks, made at the mayor’s luncheon at the annual New Jersey Democratic State Committee Conference in Atlantic City, Sweeney offered his view of  New Jersey’s political landscape following the outcome of the Newark mayoral race.

“Honestly, I don’t think it changed anything,” Sweeney told PolitickerNJ.com after giving his own remarks. “Newark has a problem that we all have to help fix – it’s a $93 million [budget deficit] hole that has to be addressed somehow and corrected. I don’t think it’s changed the landscape at all.”

Sweeney, who endorsed no candidate in the Newark mayoral election but said he believed that there was “momentum” behind Jeffries towards the end of the campaign, added that he called Baraka to congratulate him.

“I can’t wait to hear from him,” Sweeney said.

Baraka, who accepted the well-wishes of many of those in attendance after his speech, saw things slightly differently.

“This is exciting. People have been congratulating me since I walked through the door,” Baraka told PolitickerNJ.com. “People are astonished that we were able to be victorious against the barrage of money and the machine working against us. This is not an everyday thing, and labor also felt victorious because they were on the ground supporting us.”

“Sweeney called me,” Baraka added before he left the event, shaking more hands on the way out. “I just didn’t return his call yet.” 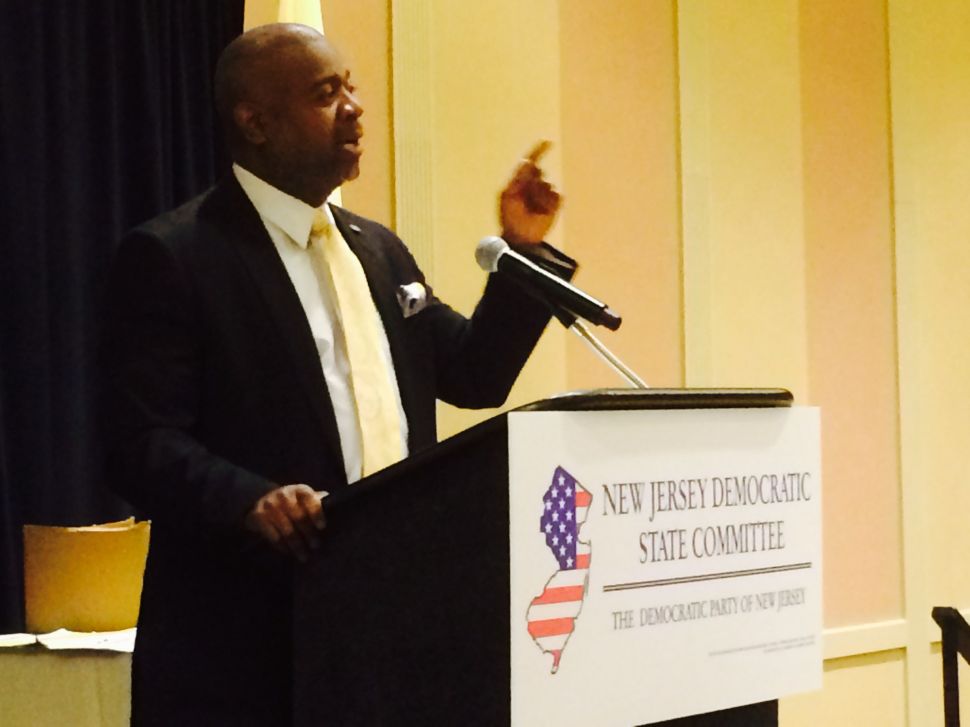