Joaquin Phoenix and Marion Cotillard in The Immigrant.

In recent years, no one has captured hope’s corrupting influence, refracted through the streets of New York, quite like James Gray. In his last film, 2008’s Two Lovers, Joaquin Phoenix memorably played an unstable Brighton Beach native who dreams of escaping his circumstances, and is egged on by an alluring neighbor (Gwyneth Paltrow). In Mr. Gray’s latest, The Immigrant, he has turned his lens to the 1920s but kept it trained on New York and the theme of aspiration.

Ewa Cybulska (Marion Cotillard), a Polish immigrant, has come to America with her sister to seek a better life but soon discovers that the land of opportunity is also full of setbacks. Ewa’s sister, who has tuberculosis, is quarantined indefinitely. A rumor has spread among the immigration officers that Ewa is a woman of suspect morals, and she is almost sent back to Poland when a Jewish man named Bruno Weiss (Mr. Phoenix, who has appeared in four of Mr. Gray’s five feature films) poses as a worker for the Travelers Aid Society and takes her in.

Mr. Gray, whose previous films include the crime dramas Little Odessa, The Yards and We Own the Night, is a master at portraying New York, particularly the outer boroughs, in all its gritty splendor. In The Immigrant, pitch-perfect period costumes, dark, brooding cinematography and moody street scenes capture the Prohibition years.

He also captures the compromises women, especially those who were poor and new to America, had to make to survive. Bruno, an emotionally disturbed con man, falls for Ewa. Torn between two desires—to profit from her presence and to win her heart—he hires her to perform in his burlesque revue, which doubles as a kind of bordello. Ewa’s aunt and uncle, who live in Brooklyn, have rejected her, so she goes along with Bruno’s plans and prostitutes herself to make money to get her sister out of detainment. It is clear she doesn’t love him. Eventually, a magician named Emil (Jeremy Renner) entices her to run away with him.

The ambiguous relationship between Ewa and Bruno is at the heart of the film and gets at the central tension in such arrangements, namely: Who is keeping whom? Is Ewa Bruno’s prisoner or is she free to leave? Is Bruno Ewa’s prisoner, held captive by her beauty and stoicism?

Despite some shocking moments, The Immigrant is for the most part a quiet film. Ms. Cotillard, who learned Polish for the role, may be the nominal protagonist, but Mr. Phoenix steals scene after scene as the film’s tragic figure. The problem is an overall lack of nuance: Neither Ewa nor Bruno has much depth and often come off as stock characters in a movie with little new to offer about the immigrant experience. 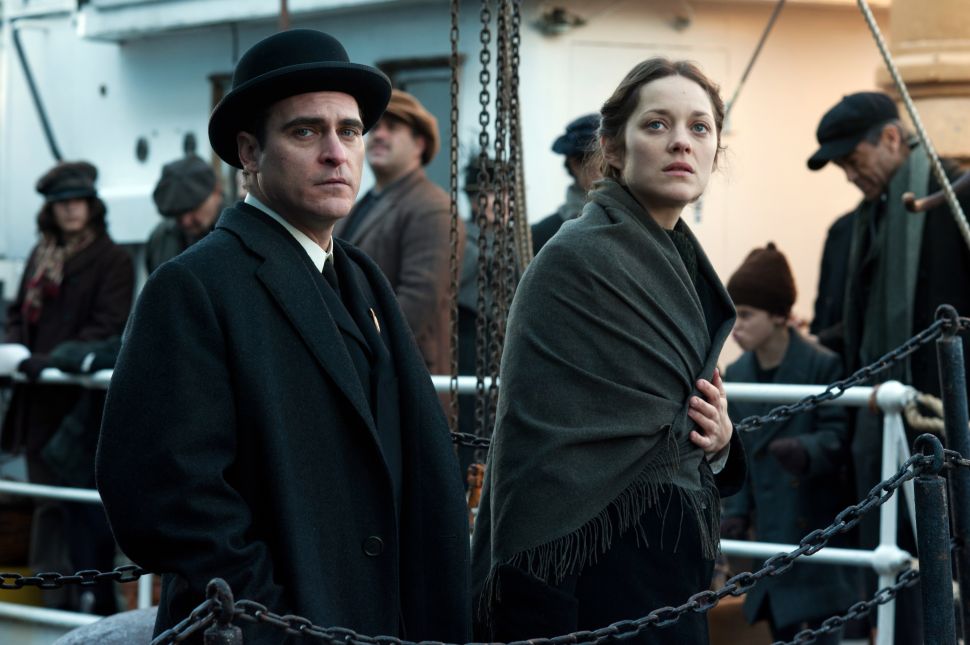