NEWARK – Standing on stage with his family and supporters, the crowd inside Rutgers’ Newark campus’ Golden Dome Athletic Center shouted at Shavar Jeffries “we love you too” when the defeated mayoral hopeful told his fans he loves them.

“I reached out to mayor-elect Baraka, unfortunately I was not able to reach him,” Jeffries said. “We ran a very spirited campaign and unfortunately it became contentious at times.”

Jeffries, thanking U.S. Rep. Donald Payne Jr. (D-10) and other local leaders who helped his campaign, spoke about the need to come together following the election.

“We must all now come together as one,” he said. “And so it’s time now for us to be a one Newark. … The time for fighting is over.”

Jeffries told supporters he is “extending his hand fully” to the new mayor and said he looks forward to supporting the city.

“The time for politics is over. Our city faces enormous challenges,” he said. “We had a vigorous campaign. That campaign is finished.”

Inside Jeffries’ campaign headquarters Tuesday night the mood was somber as election results trickled in and showed Baraka holding the lead.

By the time Baraka claimed victory on Twitter – writing “We are the Mayor!!!!!” to his more than 2,600 followers – little was happening at camp Jeffries. Supporters were mulling about and didn’t come to the front of the stage until directed to by a staffer sometime after Baraka gave his victory speech a few blocks away.

Meanwhile, Essex County Executive Joe DiVincenzo told reporters he plans to “work together” with the new mayor after Jeffries was defeated in the polls. 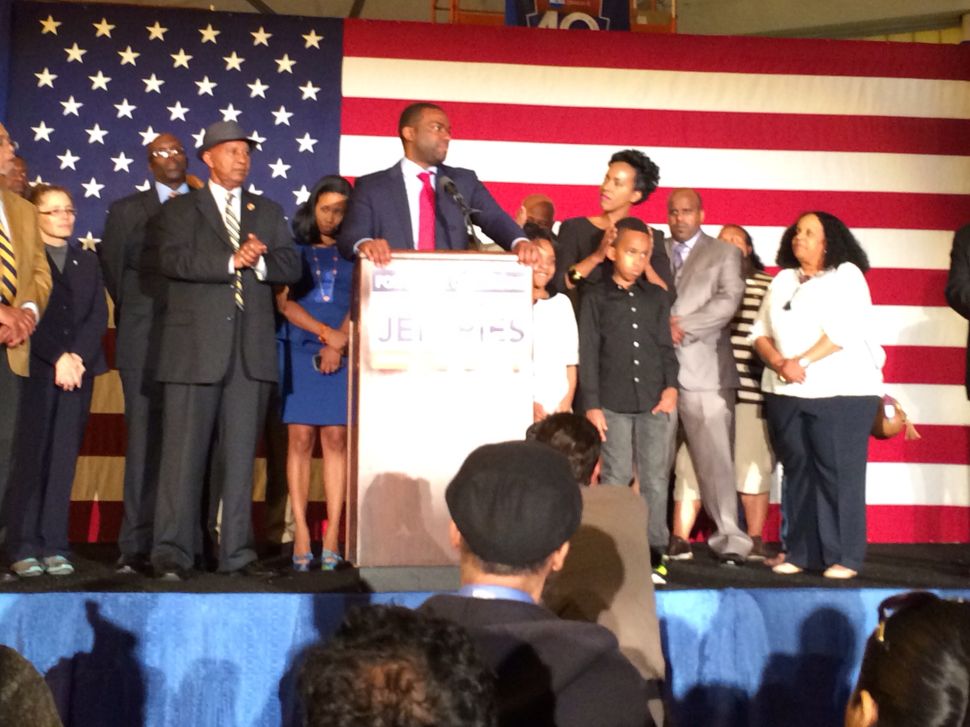