“I want to run because I can make a positive difference. I’ve been working in this community for 20 years,” Ms. Simon told the Observer. “I have deep roots and connections to the issues.”

Ms. Simon, a former City Council candidate, is expected to be the front-runner in a potentially crowded field for the open seat, which Ms. Millman announced yesterday she’s giving up for a post with the city’s Department for the Aging.

A prominent member of the Brooklyn Democratic Party’s reform wing and a loud critic of the county organization under former Assemblyman Vito Lopez, Ms. Simon is seen as a favorite with much of the liberal establishment, including the Working Families Party, sources say. She last ran for office in 2009, when she lost to Councilman Steve Levin.

In a brief interview, Ms. Simon declined to outline her platform or priorities, promising more details when she formally kicks off her bid.

“I have a number of priorities, but I’m not in a position to talk about them at this juncture,” she said, noting that Ms. Millman’s decision not to seek re-election “surprised everybody.”

No other candidates have formally thrown their hats in the race, but observers expect more to jump in shortly. 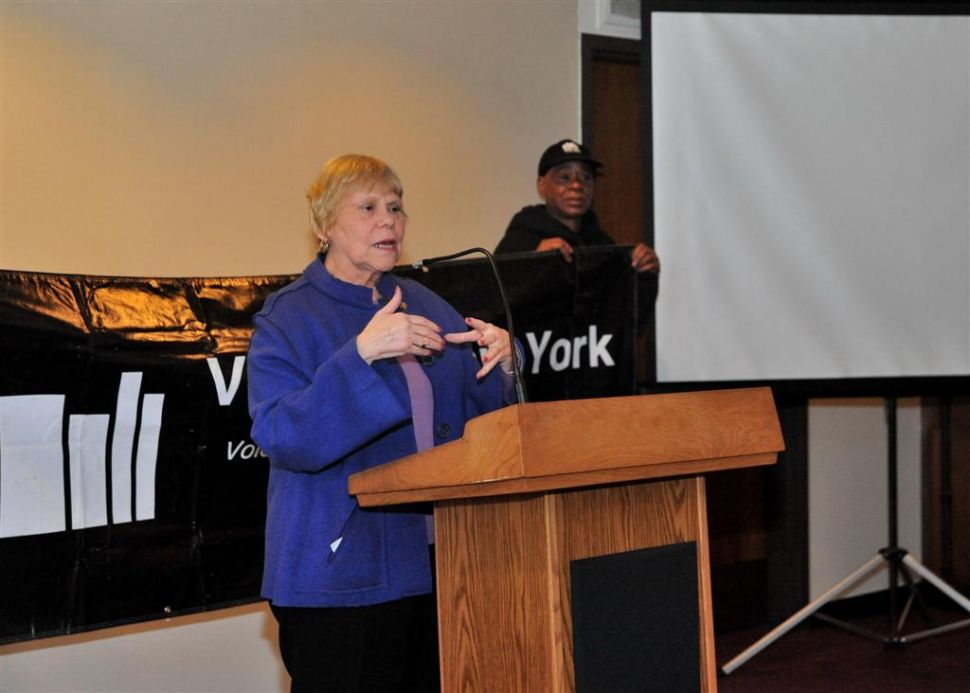