“I’m not one to beat around the bush so I will get right to it: I am supporting John Cahill for Attorney General and I think you should, too,” Mr. Lhota declared in an e-mail to Cahill backers.

“The incumbent is raising money hand over fist to defend his seat and John needs our immediate help to win this race. His campaign is still in its early weeks but it’s already resonating with voters who know the incumbent isn’t putting New York first,” he said.

Mr. Cahill is the former chief of staff to Republican Gov. George Pataki. Mr. Lhota, a deputy mayor in the Republican Giuliani administration, said he bonded with Mr. Cahill after both had to handle the fallout of the September 11 attacks.

“We worked together on rebuilding efforts in Lower Manhattan after the September 11th terror attacks and I always found John to be well-prepared and cool under pressure,” Mr. Lhota said. “He never cared who got the credit as long as the job got done.” 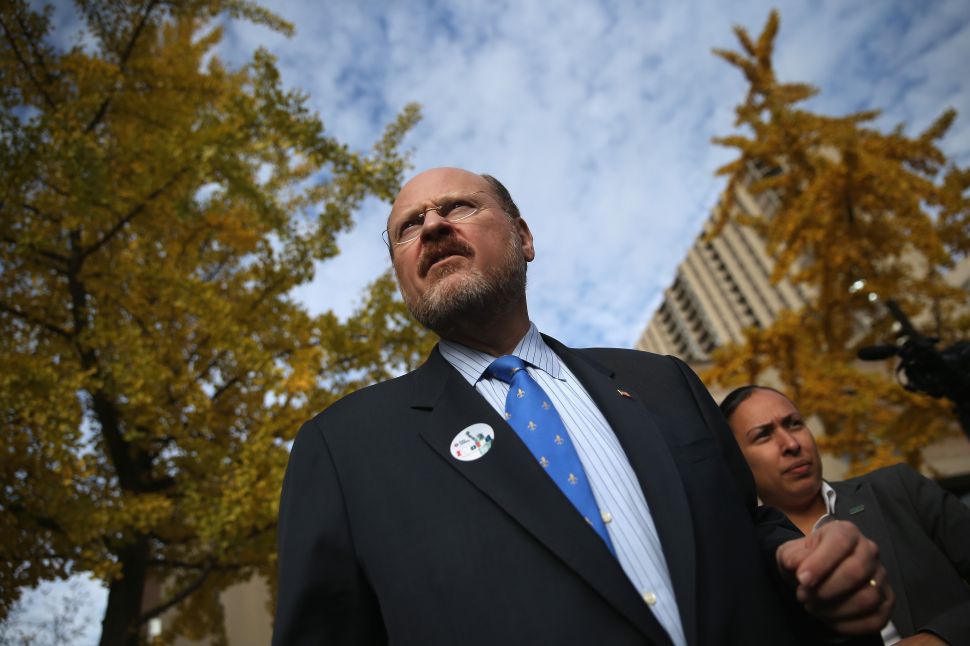