John Liu is attempting a comeback.

After months of speculation, the former city comptroller and scandal-scarred mayoral contender was nominated this morning by the Queens Democratic Party to run against State Senator Tony Avella, marking the first step of a potential political comeback.

Mr. Liu was not present at the meeting in Forest Hills–but numerous attendees said he will definitely challenge Mr. Avella, an eastern Queens Democrat, who earned the scorn of his party when he became a member of a breakaway faction of Democrats who governs the State Senate with Republicans.

“John Liu’s record, his tireless efforts on behalf of all of New York as the comptroller of the city, as someone who was an experienced legislator, who has been true to the principles of the Democratic Party of both here in Queens and citywide–I think the choice is going to be very, very obvious and clear in that primary,” he said.

The party has been strongly pushing Mr. Liu to take the plunge against Mr. Avella, who won his seat four years ago with the backing of the county organization. But Mr. Avella has since grown alienated from the Queens Democratic establishment and infuriated party leaders when he defected to the IDC earlier this year.

Mr. Liu, who also flirted with running for Congress, will likely be able to mount a strong challenge against Mr. Avella, who was a former colleague of Mr. Liu’s when the pair served together on the City Council. Though a significant portion of his Asian-American base lies outside of the district, Mr. Liu is known to be a formidable fund-raiser and unusually aggressive campaigner. Still, Mr. Avella remains popular in his district, despite his poor relationship with many local Democrats,

Mr. Liu’s campaign for mayor flopped after the city’s campaign finance board voted to withhold millions of dollars in public matching funds following allegations of campaign finance fraud. While Mr. Liu was never accused of any personal wrongdoing, his campaign treasurer and a top fund-raiser were convicted in connection with the alleged scheme.

Mr. Avella did not immediately return a request for comment. Mr. Liu has not responded to requests for comment, but tweeted today that the “fight to protect our Democratic values is coming to Queens.” 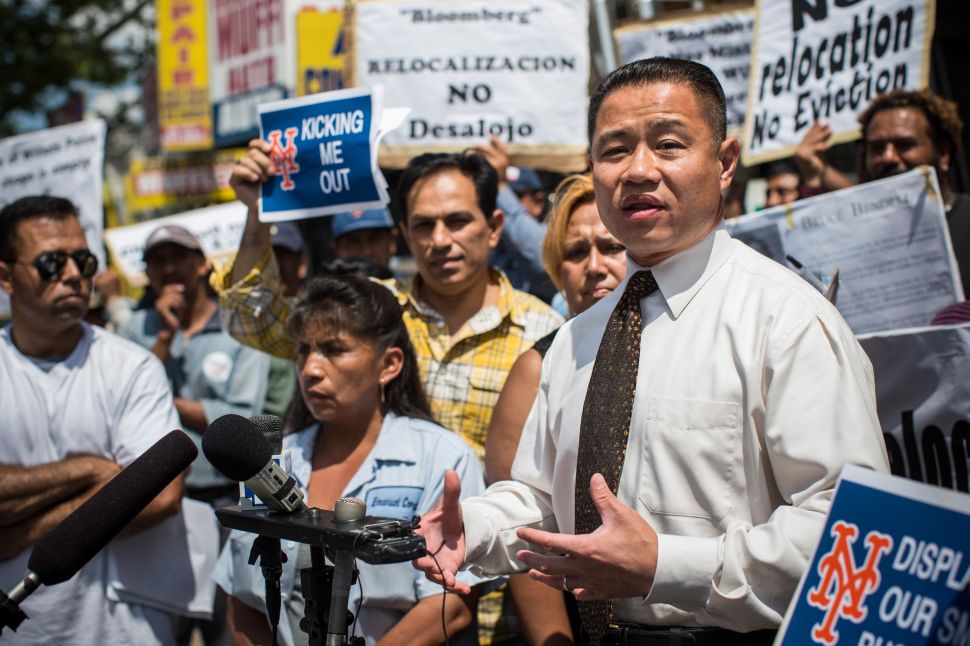