Amongst the many subspecies of Homo sapiens, few are as tantalizingly rare as the Juggalo (juggulus maximus). A Juggalo without his war paint. Flickr Creative Commons/Daniel Cronin

Documentarians have examined the weird and beautiful world of the Juggalo before, but now, a comprehensive film is slated for release in 2015. New York-based artist Scott Cummings made the film during a six-month stay in Buffalo, NY, embedded in a herd of local Juggalos.

“The image of the Juggalo is one of the most definitive images of the 21st century,” said Mr. Cummings. “In 50 years, when people look back at this period, that’s an image that is going to remain.”

Mr. Cummings’ words suggest a sense of urgency. Is the Juggalo soon-to-be endangered?

Anthropologists look towards the Juggalo subgroup with great curiosity because of their vibrant markings, distinct mating practices, and their extreme sense of egalitarian brotherhood.

Mr. Cummings recalled his making contact with the group in their natural habitat:

“Although tired and filled with trepidation about going to a strange place in a strange neighborhood and meeting a bunch of people with an often negative reputation, I realized this was my shot, probably the only one I would get. I bought a case of beer and drove over there. A small house with a Hatchetman flag crouched in front of a dilapidated grain elevator at the end of a dark street not far from downtown. I approached the porch, a group of dark figures quietly observing. That was the first time I met them.”

From an appearance standpoint, the Juggalo is extensively disparate from other groups of the Homo Sapiens species. They are known for their vividly colored coats, particularly in the facial area. The garish war paint resembles that of early aboriginal tribes mixed with fictional purveyor of grease and three-bunned burgers, Ronald McDonald.

As far as mating goes, the Juggalo typically have multiple partners, as opposed to monogamy, which is exhibited by most Homo Sapiens once at an age of maturity. Juggalo gatherings—bacchanals celebrating the group’s deities, the Insane Clown Posse—are known for raucous sexuality, gratuitous substance abuse, and infectious merriment. Similar to the Howler Monkey (alouatta monotypic), Juggalos bellow a deep, thunderous call—“Woop, Woop!” It can be used to lure possible mates or simply as an expression of joy. Mr. Cummings reported:

“‘They’ were a small group of friendly, accepting, open-minded and complicated people – Paul, Sarah, Jonny, Julian, Arlowe, Dylan, Mel. Real people, eager to talk and exchange ideas, interested and interesting, giving, curious, and they became a huge part of my life.”

Despite having highly aggressive and delinquent personality traits, the Juggalo are a surprisingly peaceful group. Quarrels and altercations rarely occur at large Juggalo gatherings. This is probably due to the elimination of the alpha male and the sharing of sexual partners within the Juggalo community. Typical human characteristics like greed and jealousy are foreign to a Juggalo.

Mr. Cummings claims the film will be a “totally weird, bat-shit, hardcore, experimental film,” which will provide some precious anthropological research to the scant Juggalo database. Bringing this extraordinary species to the public eye will only help to ensure its endurance.

If we’re not carful, the Juggalo will become like the Rockabilly (rockus pompadourus) and end up on the endangered species list. 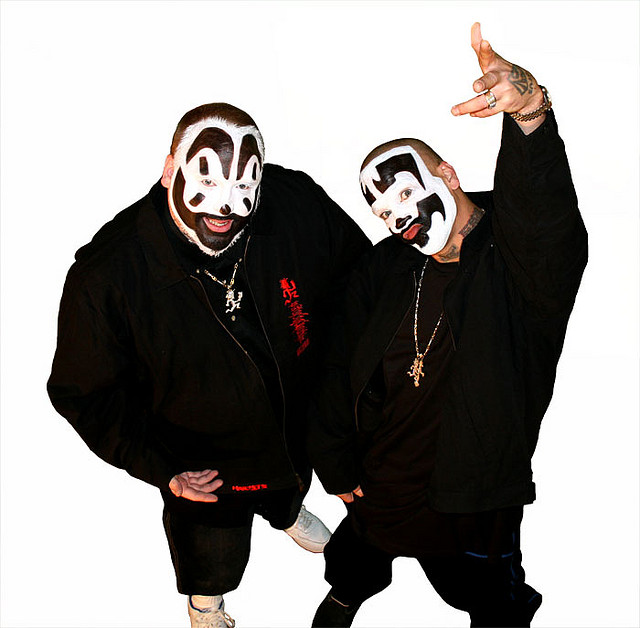