“I don’t make up stories, I only try to project the feelings people have about work, love, the weather,” Zadie Smith said upon accepting top honor at the annual Moth Ball last night at Capitale. “Nothing makes me happier than hearing someone say, ‘I always felt that, thank you for making it clear.” Ms Smith was just one storyteller at ‘Between the Covers’ an event celebrating the Moth, the non-profit group that promotes the art of storytelling through live events across the United States and abroad, often featuring prominent literary and cultural personalities. The organization also offers a weekly podcast and a National Public Radio show titled The Moth Radio Hour. Last night’s room was packed with Moth regulars including Nathan Englander, Calvin Trillin and Adam Gopnik. Founded in 1997 by poet George Dawes Green, Moth gained its’ name from the creatures who regularly broke through a hole in the blinds around the Georgia porch, where Mr Dawes Green would spend summer evenings storytelling with friends. They called themselves the Moths and the name stuck. Mr Dawes Green brought it to New York and his no-notes, stand-up, storytelling organization was born.  Last night, two Moth regulars took to the storytelling mic in a demonstration of what Moth does best. Steve “The Cop” Osbourne told a chilling story about discovering that an old friend had died of a heroin overdose in his old precinct.

Piper Kerman, who penned the memoir “Orange is the New Black” based on her year spent in prison for drug trafficking, offered a humorous tale of her experience flying Con Air in shackles with guns pointed at her head. “Think about your worst flight story, and unless it involves a crash or death, mine is worse,” she said.

The most touching part of the program was when The Moth’s GrandSlam winners from across the country took to the stage to tell their own stories in one minute or less. A soldier deployed to Iraq for two years spoke of tucking his daughter into bed at night, while an HIV positive man from Portland, Oregon shared his habit of planning his funeral while walking down the street.

Event host Simon Doonan brought great comic relief to the evening. Clad in a suede burgundy sports jacket and pink ruffled shirt, he said he didn’t get the memo about dressing up as a character from a book. “I guess I’m the sleazy lounge singer from ‘Valley of the Dolls,’” said Doonan. 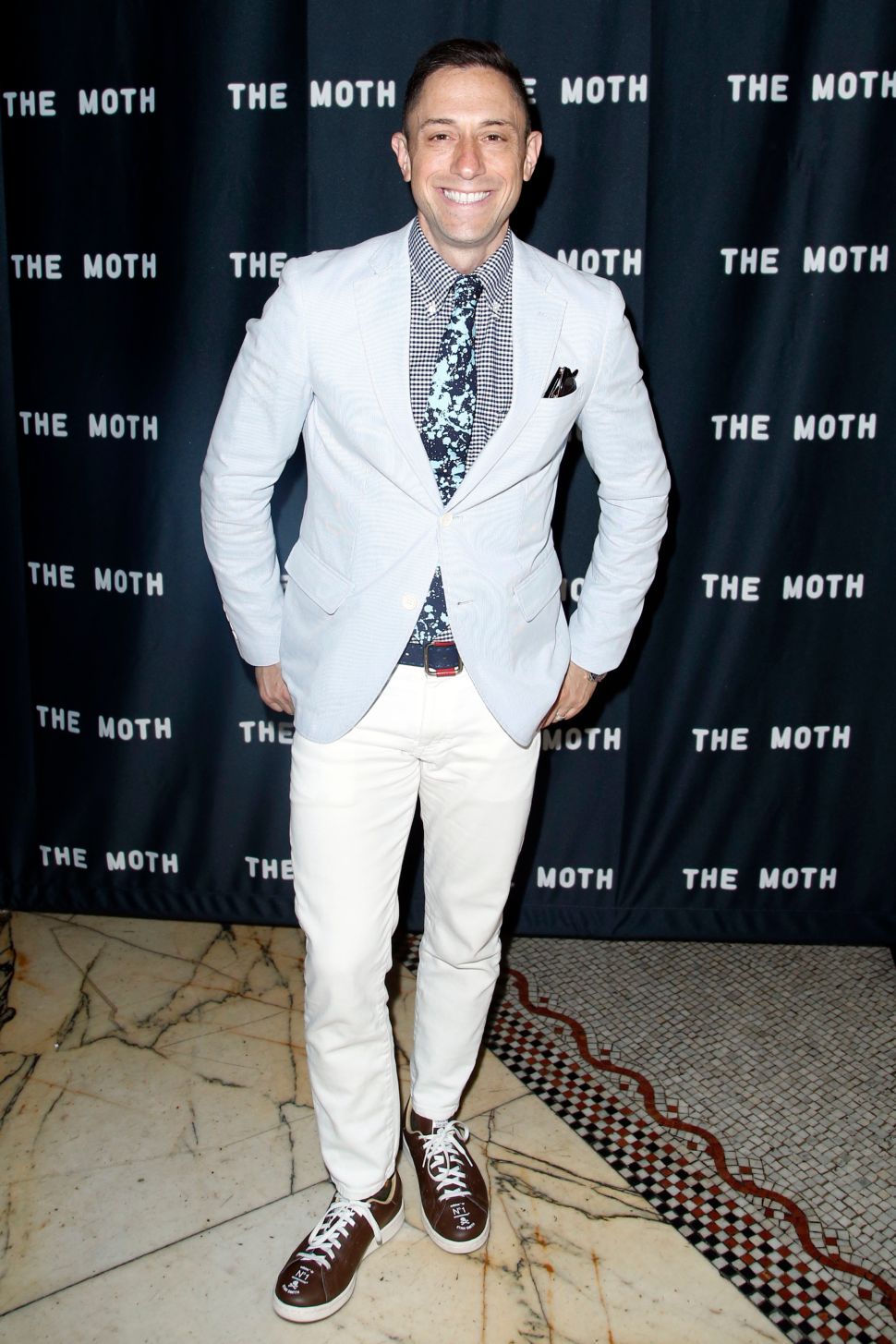