Kudlow, a senior contributor at CNBC and radio show host, is co-hosting the fundraiser to support GOP hopeful Jeff Bell, who’s locked in a Republican primary in the hopes of succeeding U.S. Sen. Cory Booker (D-N.J.) in Washington. Bell, who ran an unsuccessful 1978 campaign for U.S. Senate, will be discussing the nation’s economy at his May 19 fundraiser.

“Larry Kudlow is one of the giants of supply-side economics,” Bell said in a statement. “I’m grateful he is supporting my U.S. Senate campaign and will be at our fundraiser to talk about how to get the U.S. economy moving again.” 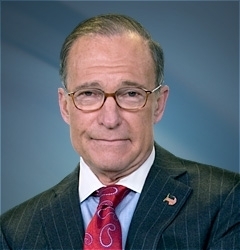