Coleman, who is seeking the Democratic Party’s nomination to succeed outgoing U.S. Rep. Rush Holt (D-13) in Congress, was endorsed because of her “extensive and proven track record of advocating for women and working families for eight consecutive terms in our state’s legislature,” said PAC President Noemi Velazquez, in a statement.

“Most importantly, Bonnie will use her passion for public service to fight for a viable path to citizenship for the millions of deserving immigrants who aspire to become citizens,” she said. “The empowerment she has provided to the communities she serves is an example of what we need to bring to Washington.” 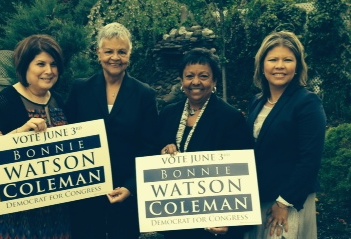