TRENTON – A former Gov. Chris Christie campaign staffer who spent more than two years working within the administration said he never engaged in campaign work while working as a state employee – despite emails that could suggest otherwise.

Matt Mowers, who spent more than two years inside the administration’s Office of Intergovernmental Affairs before heading to the campaign, told lawmakers investigating the George Washington Bridge lane closures the division of the administration never engaged in political conversations.

However, lawmakers went through numerous emails Mowers sent to superiors from his private account they suggested in questioning was directly tied to political endorsements.

“On behalf of IGA, I was never engaged in political conversations,” Mowers responded at one point during the questioning, referring to the Office of Intergovernmental Affairs.

In one email, Mowers described meeting with a New Jersey mayor during a “flag drop off,” which entailed delivering a U.S. flag that flew atop the World Trade Center to one of the state’s municipal leaders.

“Mayor Massa and I spoke at length about the town, how it [has] changed and where it could be going,” Mowers wrote his superior from a private email account in May 2012 while delivering a flag to Mayor Peter Massa of North Arlington.

“He clearly has an affinity for the governor because of his time as U.S. attorney (the mayor helped on some cases). Massa has also supported local Republicans (long ago),” he wrote. “While he is older now and seemingly less political, I think there may be a chance we can win his endorsement next year due to those two things.”

Mowers told lawmakers politics could be discussed casually as friendly topics, but that he never engaged in political conversations with local leaders while on the IGA clock.

Lawmakers also displayed other emails during his testimony that suggested political overtones and the possibilities of garnering endorsements were behind setting up breakfast events at the governor’s mansion in Princeton, including with the mayor of Fort Lee.

“For a Fort Lee Drumthwacket breakfast we would allocated 10 (preapproved) invitations to Mayor Mark Sokolich [and other top Fort Lee elected officials],” he wrote. “Given that leaders in this town have been reliably supportive (and publically so) it would be a good chance to capitalize on these relationships in order to dig a level deeper in the community.”

Lawmakers also pressed Mowers on why he preferred using his personal email over his administration account.

“Can you explain to me why you choose to send this email … about your activity in the IGA office using your personal email account?” Assemblyman John Wisniewski asked when referencing an email from Mowers’ personal account detailing a conversation with Garfield elected officials.

“Tana [Raymond] would like to round up additional Democratic endorsements for the governor and lt. governor in their re-election campaign next year,” Mowers wrote following a meeting with Garfield’s deputy mayor, Tana Raymond.

“It had nothing to do with the fact that you were discussing political endorsements?” Wisniewski asked. 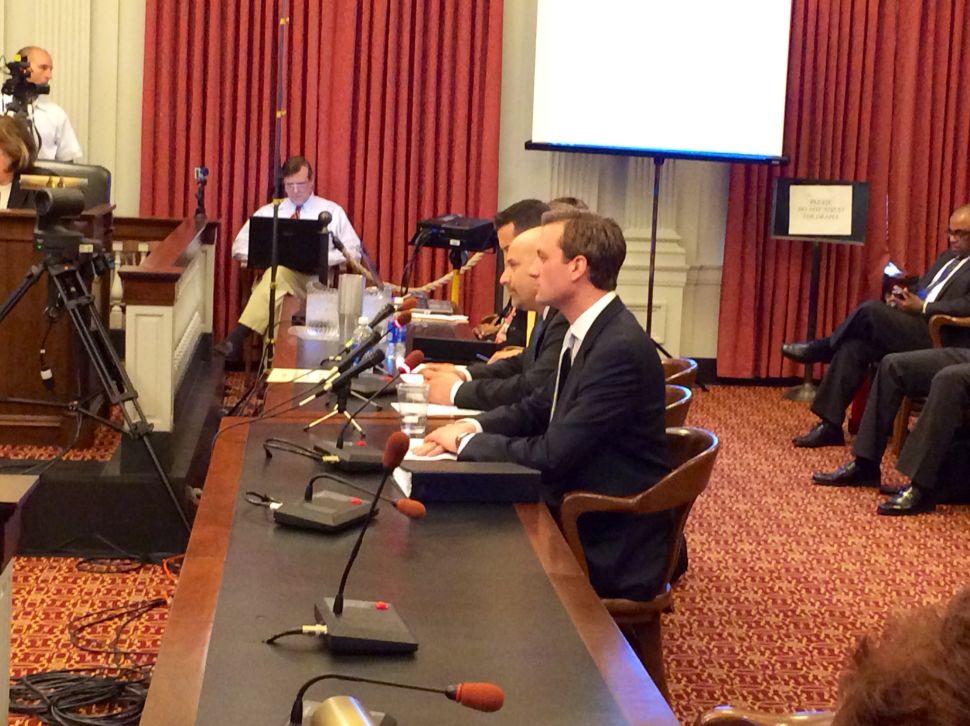