Standing outside Amazura Concert Hall in Queens with members of Jamaica Anti-Homophobia Stand, a livid Mr. Dromm slammed Queen Ifrica, who is set perform tomorrow night, as an “offensive” spewer of “hate speech,” whose appearance should be shut down.

“Today, unfortunately we are outside this club because one of the main oppressors of LGBT people in Jamaica is coming to this club in Queens, and we wanted to make sure that our voice of opposition to this oppressor of LGBT people are heard,” he declared.

“What she says and what she does is offensive, it is hate speech and it needs to end. Her coming to Queens, the borough of nations where we pride ourselves in our diversity is also offensive to us,” he added. “This type of hatred has to end. This is hate speech not free speech and people need to realize the difference between the two.”

As the Daily News reported,  the singer’s anti-gay lyrics and public statements have drawn criticism across the Caribbean. “Mi nuh want si mi brother dress up inna no skirt,” she sang in one track, which reportedly “calls for Jamaica to be freed of gay men for the sake of the nation’s children.”

Mr. Dromm, along with members of the activist group, said they hoped the singer would hear their pleas and choose not to go through with the show.

Mr. Dromm suggested he would go after the concert hall’s liquor license, and at one point confronted the venue’s manager, John Rios.

“I am a council member and I am going to tell you, we are going to use every legal resource to shut you down,” threatened Mr. Dromm.

But Mr. Rios said the appearance wasn’t his doing.

“Please understand that I am not the man that brought this female over to do this show,” Mr. Rios told the protesters.

“I am not anti-gay, I am a New Yorker, straight up American, you know, I don’t judge anyone by their color or anything like that,” he said.

VP Records, the artist’s producer, did not immediately respond to a call for comment. 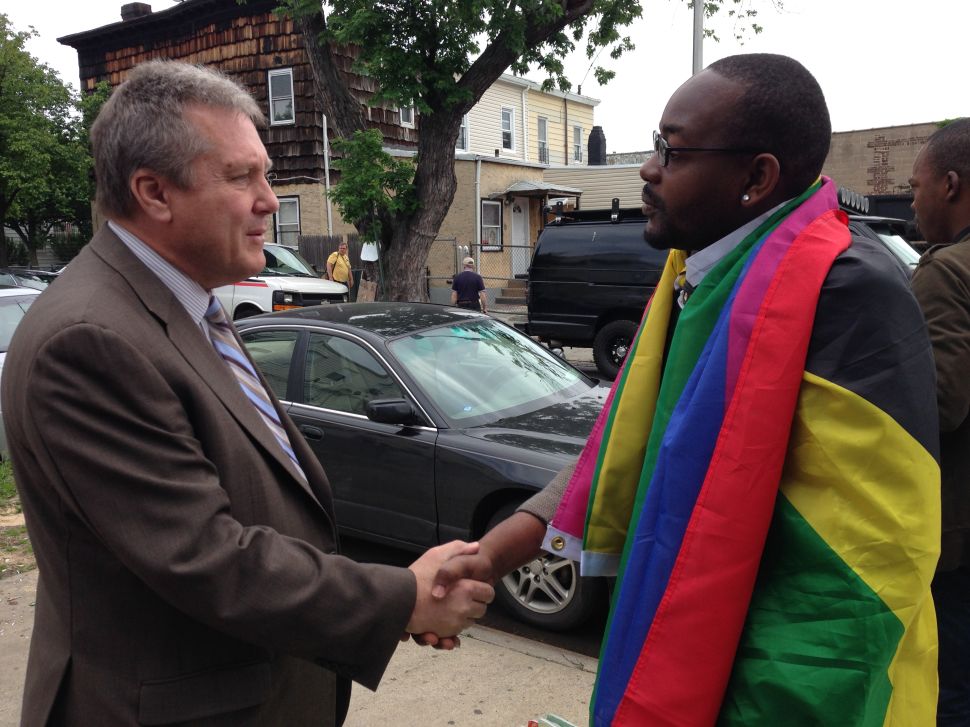