BAYONNE – A day after dining with some of the grandest pooh-bahs in Hudson County Democratic Party politics, Jimmy Davis fell back to Bayonne to cling to the corner of 16th and Broadway.

“We’ve got three weeks to go,” the police captain mayoral candidate told his packed headquarters. “Let’s go do this.”

A roar ensured from the crowd.

Davis stood at the front of the crammed room, absorbing the endorsements of Washington Flores; (pictured, above, behind Davis); Lenny Kantor; John Sebik; and Virgil Maldonado, the head of ILA Local 1588.

Bumped out of contention, they affiliated with Davis today.

“I think what it is is Jimmy’s sincere,” said Kantor, who ran on the Zanowic ticket, the rest of which backed Davis’ target: incumbent Mayor Mark Smith.

Heading into the runoff with a one percentage point lead over the challenger, Smith is trying to fend off Davis in the June 10th head-to-head. 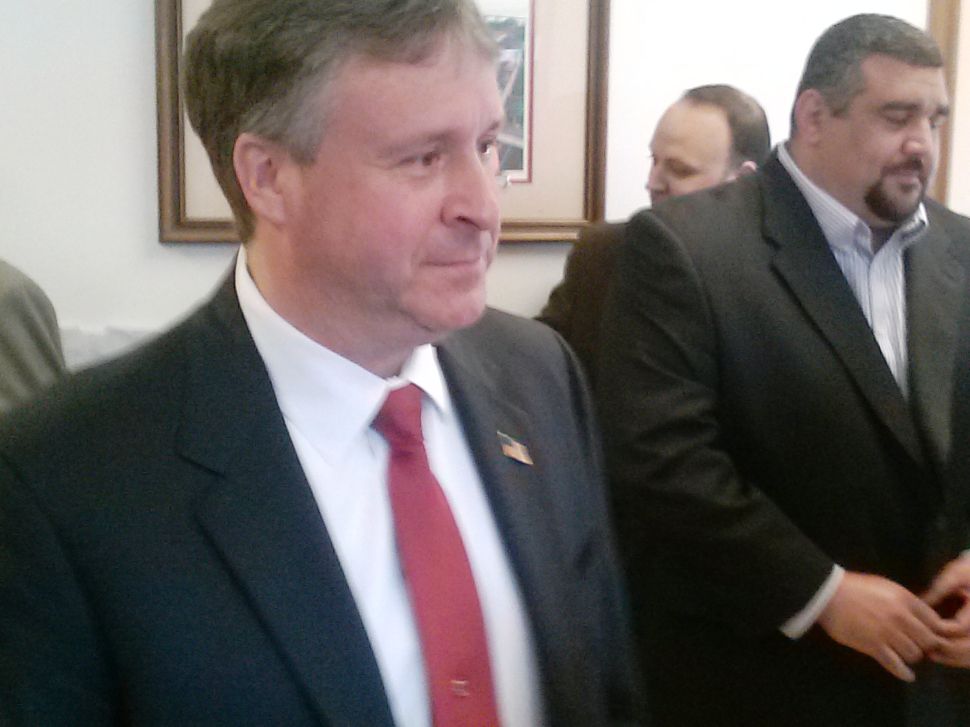