Party Monster Macaulay Culkin has recently emerged from the shadows (under the darkness of which he feeds off the souls of pure virgins) in an effort to rebrand himself as a musician. Let me clarify: an ironic musician, because how else can you describe a band that calls itself The Pizza Underground and plays exclusively Velvet Underground (and the occasional Nirvana) covers while holding pizza boxes aloft?

Unfortunately for Mr. Culkin, his musical prowess doesn’t translate as well overseas, where his band was pelted with beer and booed off the stage during shows in Nottingham and Bristol.

This video shows the Bristol show, where no beer was thrown, but Mr. Culkin did manage a couple good digs at the audience.
[youtube http://www.youtube.com/watch?v=RYQ0gtNB4dE]
“Your shirts, I don’t know what to think of them,” Mr. Culkin addressed the crowd at one point. “They could be creepy, they could be cool. I dunno. If someone wears a t-shirt of you when you’re 9 years old, I’m not sure how you’re supposed to feel about that.”

Here’s hoping that this is what everyone was wearing: 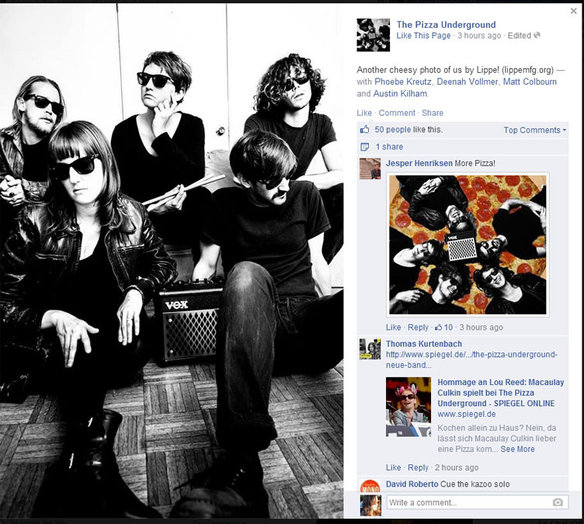