As much as we all love watching Mad Men, it’s kind of a miserable show. Think about it: what was the last program you remember where healthy rich people in white collar jobs, not dealing with the fallout of a zombie apocalypse, spent so much time contemplating the futility of life? So much so the happiest person this season was a corpse? (Maybe Six Feet Under, but that was a much different program.)

So there’s no shame in bringing a little bit of levity to the dour direness of Don Draper & co., especially when it’s done by Nadia Osman and Ben Siemon, who recently brought Mad Men: The Musical to life at UCBLA. At 38 minutes, it’ll feel 1/10th as long as sitting through an hour of Peggy and Joan walking in and out of rooms, huffily.

Really, ten points for quoting the best part of Mad Men ever, when Peggy was like “Blah blah you stole my idea and didn’t give me any credit, I want my own Clio!” and Don is all “That’s what the money was for.”

Because seriously Peggy. It’s called doing your job. Man, that lady sure is mouthy! 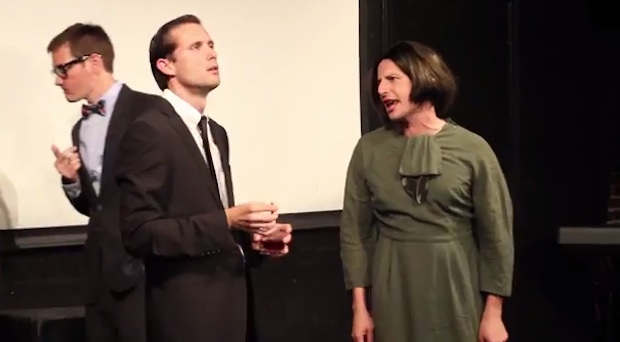