Stay out of this.

It’s that time of year again, when tourists and New Yorkers alike crowd up the busiest intersections in Manhattan to snap a shot of the ultimate sunset, otherwise known as Manhattanhenge.

It’s assumed that Stonehenge was built for sun worship, and, thanks to the street commissioners who decided on the street grid plan back in 1811, New York has its own version.

Tonight is the first of four nights when the sun will set directly along the city streets, creating a picturesque New York City moment, or at least a cool backdrop for a selfie.

Mr. deGrasse Tyson says the clearest cross streets to observe Manhattanhenge are 14th, 23rd, 34th, 42nd and 57th streets. His instructions are to go as far east as possible, but make sure that you can still see New Jersey. Photos taken on 34th and 42nd streets have the added value of getting the Empire State Building and Chrysler Building in the frame, which can translate to way more likes on Instagram.

And if you can’t snap a perfect shot tonight, don’t worry. Here’s the Manhattanhenge schedule for 2014, according to the American Museum of Natural History: 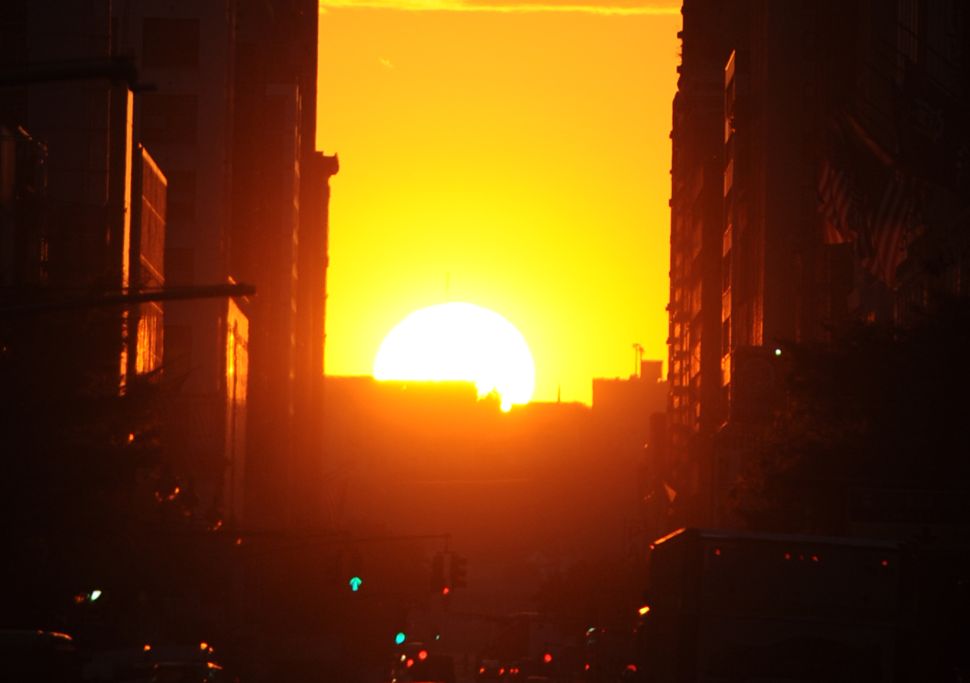