Sources say Newark Mayor-elect Ras Baraka wants to play a strong role in shaping the legislative outlook for his city.

Simultaneously, Newark’s financial condition and $93 million budget deficit and the city’s reliance on the State of New Jersey and Essex County put him in the awkward political position of possibly having to choose peace not war one year removed from the 2015 legislative elections.

Whether Baraka and his political antagonist in last week’s mayoral election, Essex County Executive Joe DiVincenzo, can reach agreement behind the scenes, or find themselves once again embroiled in a seismic contest, depends in no small part on Essex County Democratic Chairman Leroy Jones.

Over the course of the next year – and beyond – Jones will have to work with both sides – and other key political players – to help determine the direction of the Democratic Party as reconceived by Baraka’s historic Newark victory in the May 13th nonpartisan election.

The establishment proposition to Baraka could be as simple as: you work with the people in place, you get money; you don’t work them, no money.

Ronald L. Rice: The veteran state senator from LD 28 was all in with Team Baraka and would be Baraka’s strongest bet at the top of the ticket whether Newark breaks out in a civil war or the main players backroom negotiate who stays and who goes. One of the longest-serving members of the legislature, he’s not up again until 2017. The only question here is whether the state senator for life decides to run again. In a civil war, in the event that politics outdistances government and Baraka leads an insurgency out of city hall against county party-backed candidates, the organization would have to find a challenger. L. Bilal Beasley played that role in 2007 and could not budge the Vietnam veteran.

Cleopatra Tucker: The Newark brand name (widow of the late Assemblyman Donald Tucker) staunchly backed Baraka for mayor (her son, Kiburi, is a key inner circle player in Barakaworld). The critical question is whether Baraka would want to relocate Tucker to City Hall and beef up his legislative arm with a young gun. In the words of one insider, there are plenty of hungry organizers on Team Baraka. If Essex County Democratic Chairman Jones can’t avert a 2015 civil war in Newark, Baraka can reward any one of his lieutenants with an endorsement. But if key power players in the party broker a deal and Baraka gets a pick, look for this seat to bear his most obvious thumbprints: whether it’s Tucker or someone else.

Ralph Caputo: The Assemblyman from Nutley was an early backer of Baraka, and supported the winner (Tony Vauss) in the Irvington mayor’s race, securing support in two towns key to the 28th District. Close to North Ward Democratic Organization leader Steve Adubato, Sr., Caputo has his own relationships, going back to his years in public education as a Newark teacher. He and former Mayor Sharpe James (a Baraka adherent) remain close. Caputo was in pro-Baraka basement rooms as early as last year as the mayor-elect began building his coalition of allies. Chairman of the Assembly Gaming Committee, the veteran Caputo has built himself into a key power role in Trenton. He’s fought in the past with Essex County Executive DiVincenzo (take a look at the way 2011 redistricting almost mangled Caputo’s career), and may either become the victim of having no natural, longstanding ally in either DiVincenzo or Baraka, or be just the right fit for Chairman Jones as someone beholden to neither camp.

M. Teresa Ruiz (pictured, above): If you look at the way the North Ward performed in a nonpartisan election and its routine dominance in partisan races, the 29th District state senator appears strongly fortified to withstand a challenge emanating from City Hall. In backroom negotiating, or in a civil war, the incumbent senator appears strong. Ruiz’s post 2011 redistricting 29th became more – not less – friendly to the incumbent, with the inclusion of Belleville and weakening of the South Ward section, where Baraka draws his strength. Chair of Senate Education Committee, Ruiz could find her political life complicated to the extent that the mayor-elect continues to make the education dominant. But organizationally she – like her ally North Ward Councilman Anibal Ramos, who cruised to victory last week – looks secure.

L. Grace Spencer: The chair of the Assembly Environmental Committee stayed neutral in the mayor’s contest, arguing that her job as city prosecutor prevented her from being able to get involved in city politics. Spencer arrived in the legislature in large part owing to the advocacy of then-Mayor Cory Booker. If Baraka and Booker were exchanging poems in that diner on Sunday, Spencer could have a problem. But to the extent that Booker engages on behalf of the assemblywoman and makes her a vital part of a Ras-friendly network, Spencer could survive.

Eliana Pinto Marin: The newest addition to the city’s legislative team, the 29th District Assemblywoman joined the ticket when Al Coutinho went down last year. She faces political challenges here – perhaps the sternest of anyone on this list – as Baraka sees Pintor Marin’s close ally and mentor, longtime East Ward Democratic leader Joe Parlavecchio, as an enemy and wants to punish him for past transgressions. The assemblywoman campaigned hard for Baraka’s rival Shavar Jeffries. The mayor-elect showed a willingness to build and mix it up in the East and has a stout, financially well-heeled ally in local business owner Americo Seabra. Insiders see Jones in a position to give Baraka two choices next year – one each in the 28th and 29th. If that’s the case, it’s hard to see the mayor-elect leaving seat alone. Pintor Marin’s best chance may be Jones-DiVincenzo-Baraka talks breaking down in favor of a civil war situation in which she remains on the line against an insurgent Baraka Team in a 29th District that favors the North Ward Democratic Organization-backed candidate. Watch for June 3rd county committee race results in the East Ward, where an insurgent Anthony Campos team seeks an advantage against Parlavecchio’s outfit heading into 2015. 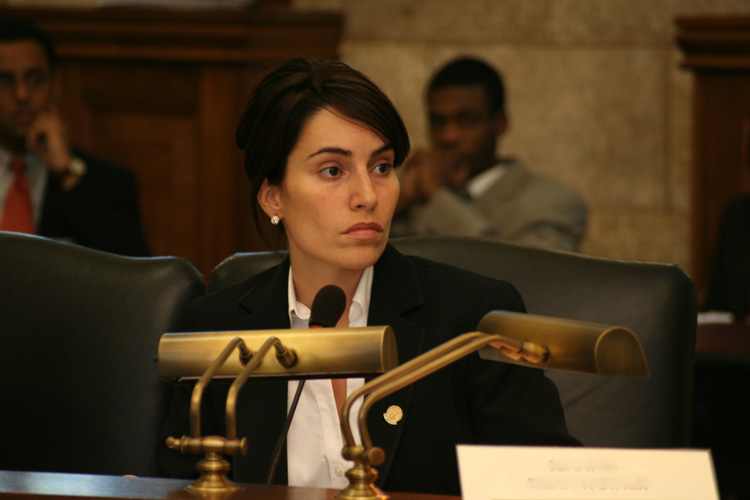