“I love women, we’re such planners!” chirps Marilyn D. York, a “men’s rights” attorney and possibly the exception to the #YesAllWomen in a Las Vegas TV spot. “Like right now, when you’re sitting in front of the TV, wondering what she is making you for dinner, your wives are racking up community debt, transferring money into a separate bank account, finally losing that baby weight after nine years and hooking up with your son’s baseball coaches on Facebook.” *

No, this isn’t a Saturday Night Live parody, although if it was one, it’d be in pretty poor taste. The “Men’s Rights” movement isn’t exactly in the best position to plead it’s case right now; TIME just published a piece online about the organization’s “toxic appeal” in the wake of Elliot Rodger, the 22 year-old accused of killing six people in Santa Barbara last week, whose manifesto contained messages of MRA, or Men’s Rights Activism, and the #YesAllWomen hashtag has brought to light a slew of everyday misogyny that we sometimes forget (or like to forget) is constantly below the surface of all our interactions.

So when this pleasant blond lady starts talking to guys just innocently sitting on their couches, getting fleeced by their calculating, slutty wives, we’re tempted to think it’s a shitty joke. It’s not. Like when Ms. York says “What’s the one thing a man needs when he’s blindsided by a long-planned divorce? A great female attorney,” she’s talking about her entire office, which is staffed only with women.
[youtube https://www.youtube.com/watch?v=ULLivlwYlX4&w=560&h=315]
$50 gets you a consult, which is a bargain. Also be sure to check out the “Humor” section of her website, which is full of mixed messaging about men thinking only with their dicks (but that’s okay)! 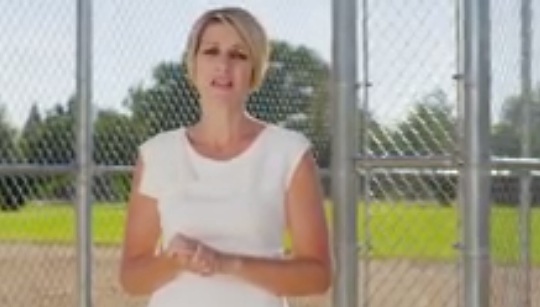