A woman was struck by a flying saw blade as she walked past a construction site in Midtown, the New York Post reported.

“It was huge. It looked like it was from a horror flick. I couldn’t believe it,” one bystander told NBC. “I hear the blade and see the blade literally coming off the machine.”

The construction company, which was doing work for the city, was ripping up the road to fix a main at 48th Street and Ninth when the blade came unhinged.

“She tried to protect herself, but it knocked her down,” a crossing guard who witnessed the attack told the Post. “I didn’t want to look. It was horrible. I thought it was going to kill me. I saw my life flash before my eyes.”

The woman was rushed to Bellevue Hospital with “a major injury,” cops said.

The city’s Department of Design and Construction, which is installing the new mains in the area has halted the use of any saws on the job.

“We have directed the contractor to not use any other saws on the job site until the equipment is inspected and confirmed to be in proper working condition,” the DDC said in a statement. 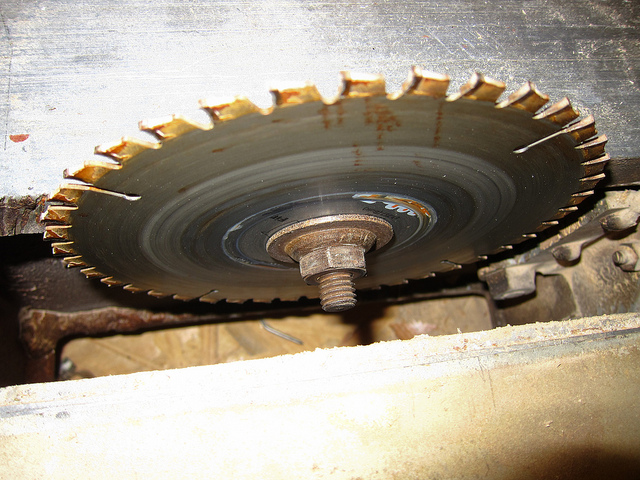