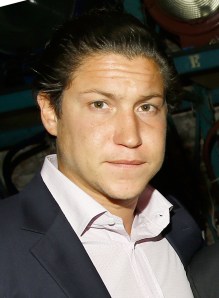 Bondholders aren’t happy that the plan to sell works from the Detroit Institute of Art favors pensioners. [NYT]

An interview with Marina Abramovic: “I had a pistol with bullets in it, my dear. I was ready to die.” [The Guardian]

James Franco was seen at Frieze “with his arms around two women at once.” [Page Six]

“One Collector’s Plan To Save Realistic Art Was Anything But Abstract.” [NPR]