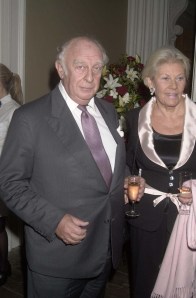 The prince and his wife in 2001 at the premiere of the film ‘Enigma.’ (Photo by Dave Benett/Getty Images)

Carol Vogel on where the late Mellons’ artworks are headed. [NYT]