“For me as an editor, it’s probably different than most other editor in chiefs in the industry, I’ve taken the fourth wall down,” Lucky editor in chief Eva Chen said of her social media habit during an Internet Week panel. (Capital New York)

The back story on how Jill Abramson became a blogger for The Huffington Post. And a HuffPost spokesperson reiterates that the former executive editor of The New York Times did not get paid. (Erik Wemple/Washington Post)

HuffPost media’s Twitter feed also posted something about that yesterday (seems like an odd thing to brag about, but okay):

PS we can assure you Jill's pay was commensurate with the $0 all bloggers make. http://t.co/em80NjcLJJ

The demise of Tell Me More is making some staffers feel worried about what it says about NPR’s commitment to diversity. (BuzzFeed)

Simon & Schuster is betting big on YouTube stars, because this is the world we live in now. (The New York Times) 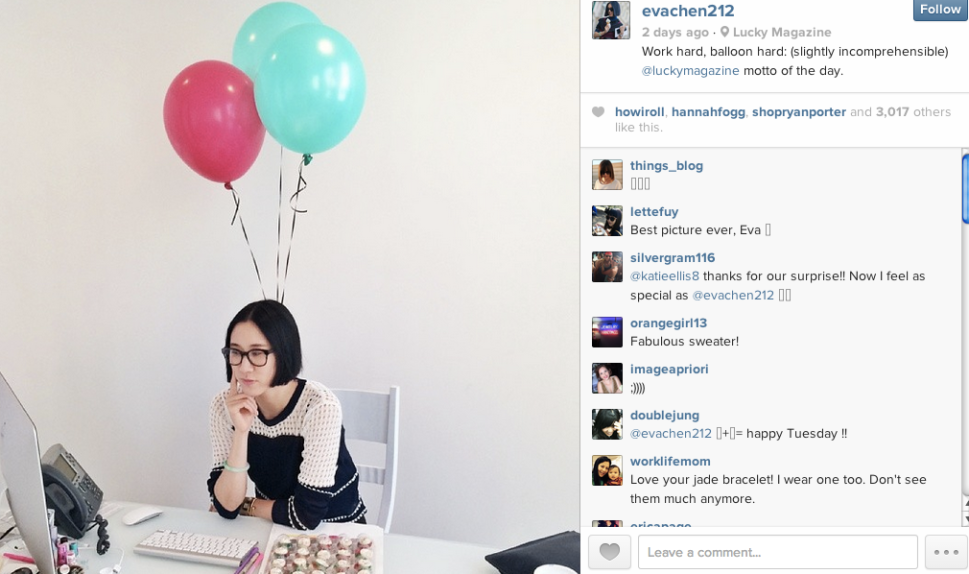