The New York Post ran with the photo and put it on its front page today. The headline? “Sacked Times editor ready to rumble: AN-GREY LADY!” (Newseum)

CNN dismissed news editor Marie-Louise Gumuchian after it was discovered that she had plagiarized “about 50 published stories.” (CNN)

The New York Times innovation report, which was recently leaked, is “one of the key documents of this media age.” (Nieman Journalism Lab) 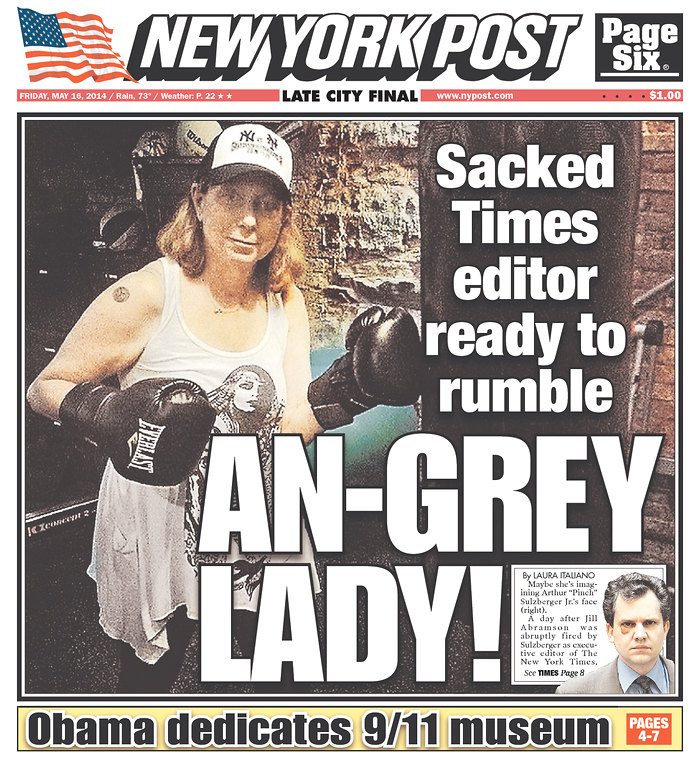