Headline of the Day: “Rep. Michael Grimm is the FBI’s Most Unwanted.”

Chalkbeat obtained audio of the city’s teachers’ union president, Michael Mulgrew, speaking rather candidly to his own members. “It was a strategy decision to gum up the works because we knew what their lawyers were trying to do,” Mr. Mulgrew said, referring to city officials and negotiations over teacher evaluations. “[T]hings I don’t get to say in public when I’m doing them.”

The Mulgrew story landed on the front page of the New York Post, which reported on the subsequent outrage among school-reform advocates. “Mulgrew saw the teachers contract as an opportunity to settle scores,” said Jenny Sedlis of StudentsFirstNY. “It is so cynical and proves that this is someone who does not care about kids,” said activist Campbell Brown.

Ms. Sedlis also tore into Mayor Bill de Blasio in a New York Post column. “The mayor got his press conference, the union chief got his revenge — and the city’s schoolchildren got nothing,” she fumed. “It’s disappointing that a mayor who has spent so much time talking about fighting inequality would agree to a contract that delivers so little for the children he swore to represent.”

It wasn’t all bad for Mr. de Blasio in that paper, however. The New York Post‘s editorial board praised his push to lower small business fines. “[W]e’ll have more to say about some of the more negative aspects of a budget that spends $8,800 per New Yorker. But give Mayor Bill his due: He promised to rein in this bureaucratic abuse, and he’s making good. And it’s the city’s gain,” they wrote.

Meanwhile, the Daily News editorial board was more critical of the budget today, writing that Mr. de Blasio “doles out $13.5 billion in total raises to municipal employees — and is balanced with a lot of hopes that he’ll be able to pay for them with savings on health care.” (The tabloid also took a shot at Gov. Andrew Cuomo‘s spokesman for “winging it” with the press.)

And residents of southeastern Queens would really prefer if their elected officials were a little less (allegedly) corrupt. 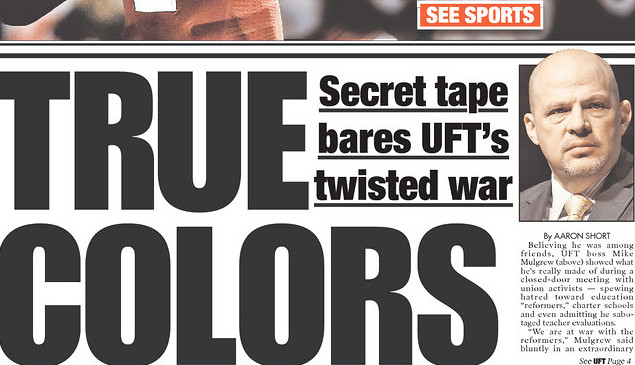